Your finger or your life!

Finger scanning technologies have been a focal point of futuristic films such as Minority Report for years, yet they are currently finding their ‘footing’ in the real world. In fact they are likely to become an integral part of people’s everyday lives just as keys, bank cards and passwords are today.

A recent example of a finger-scanning technology is a cash machine developed by Hitachi in Japan, which uses a biometric security system that allows users to pay by simply having their finger scanned. The system scans and identifies the user’s veins on their finger – serving as a regular credit or ATM card.

Hitachi plans to launch an experiment in September this year to see whether it is commercially viable to introduce the system to banks, shops and other businesses. However, related technology is already being used by Japanese banking giants such as Mitsubishi to identify clients. 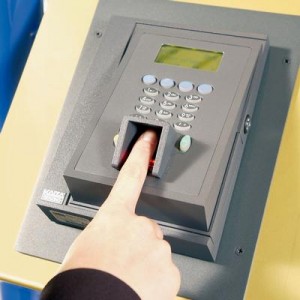 Today such technologies can be found in police stations, high-security buildings and on PC keyboards. The pros and plentiful – such as not having to carry around credit cards, memorize PIN numbers and access codes, and being freed from the anxiety of losing one’s digitized identity as a consumer (it’s not exactly easy to lose one’s fingerprint). However, several cons exist too: instead of being asked for “your money or your life” you might now be faced with having to give up a finger instead!

Movies have already illustrated this worst case scenario (i.e. using a severed hand or finger to get past a scanner security system), yet technological innovations are finding ways to equip machines with heat and pulse detectors to verify whether a finger is in fact alive or not. However, all is not cream and cake; such systems can still be fooled by the more skillful criminal making use of gelatin or print molds of a real finger.

Although the pros seem to outweigh the cons when it comes to unleashing finger-scanning technologies on a mass scale, one can understand the anxieties of the everyday consumer. What it basically boils down to is that if “somebody steals your fingerprints, you’re pretty much out of luck for the rest of your life”.