Beauty is intrinsically tied in with advertising and new technology. I was intrigued to recently discover that the marketing of motor vehicles is not so much about shapes but reflective surfaces. The recent motor show illustrated this well, with each car shimmering more than the next in the strategically placed lighting. This has the effect of making stationary objects come to life.

Consider Steve Jobs’ claim to fame. The flood of articles that have emerged since his death remind us that Jobs was not the genius behind Apple software but rather the chief designer and marketer. His work revolved around beauty and involved appealing to the emotional beings that we are. 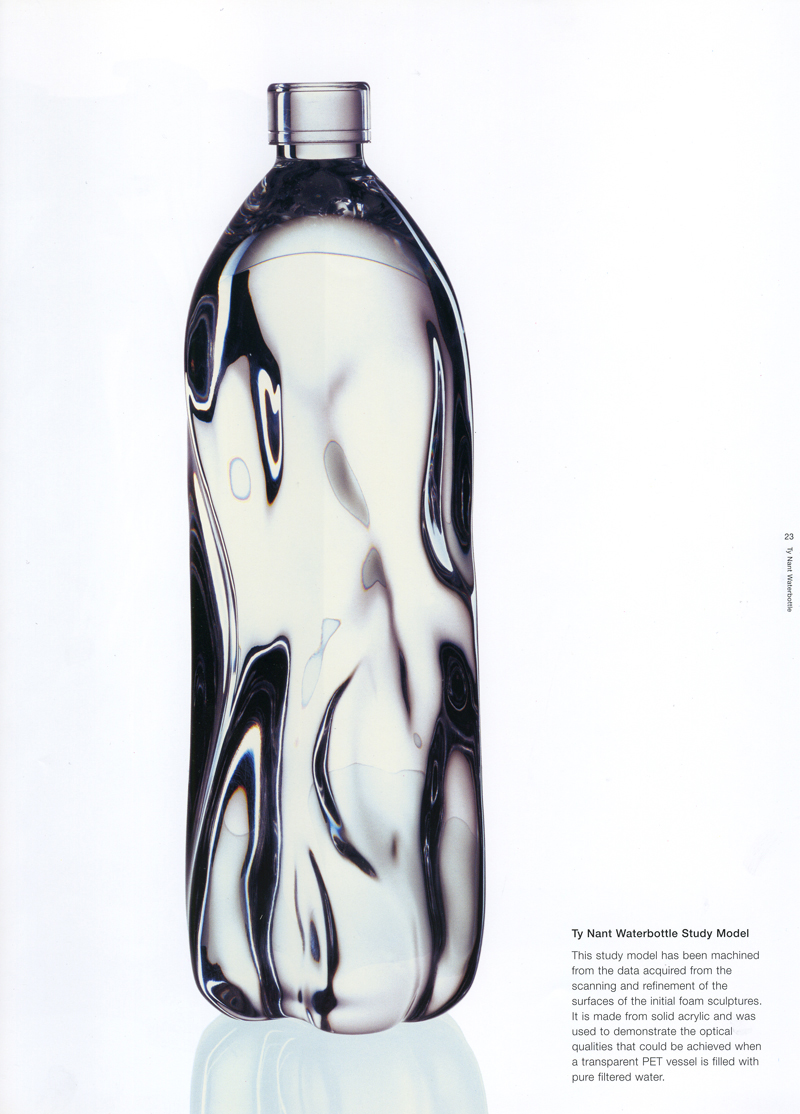 This Ross Lovegrove water bottle design is an example of an object that refracts light so intricately to create a heightened sense of beauty. Seymour describes this design as “stupefyingly difficult” and that its beauty lies in the idea that it is the embodiment of something refreshing and pure. (Image: tomdesign.co.uk)

Designers and advertisers are responsible for shaping our ever-evolving ideas of beauty year after year. This year some of the criteria that signify beauty in technology are flat, touchable surfaces, thin and light-weight with rounded corners. The beautiful colours are black, white and silver – much like the colour scheme of what we might imagine a modern-looking kitchen to embody.

A lot of funding for the marketing of new technologies goes towards understanding how people’s brains respond to images. Debates have revolved around whether we “think beauty” or “feel beauty”. What we do know is that it takes a good few seconds for stimuli to enter into the cognitive portion of the brain, where we get a chance to really think about what we have just seen or felt.

Television adverts take this fast-paced form of advertising to the extreme – quickly throwing imagery at our eyes coupled with strange statistics and tidbits of information. They attempt to embed these into our subconscious and supply us with answers before we get a change to think about what just happened. When we happen upon the product later on we suddenly feel a strange sense of familiarity with it.

Then there is the other extreme. There is roughly a six second period whereby stimuli and information reach the cognitive part of our brains – six seconds which is crucial to advertisers and product designers. The lights dimming before a movie starts in the cinema, for example, takes roughly six seconds. The intended effect is to create feelings of anticipation and excitement. BMW copied this technique with their slow dimming lights.

Richard Seymour is a product designer who revealed some of these secrets during a recent TED talk. In his talk, Seymour explores our response to beauty and illustrates the surprising power that objects which exhibit beauty can have over us. Seymour explains that the goal of advertisers and designers is to form emotional bonds between us and products. What we see, he argues, “is an electro-chemical party trick that happens before we even get a chance to think about it.”

“We are slaves to the first flash”, says Seymour, and “we see and understand things not as they are, but as we are”, to quote the philosopher Anais Nin.

Seymour shed light on how the beauty and our perception of something can change according to the information we are provided either before or afterwards. Consider ballet for example. One who doesn’t understand the pain and discipline that ballet dancers endure would find it far less beautiful than someone who truly understood and appreciated the art.

It makes one wonder if the small and curvy Blackberry is suddenly less beautiful now than it was before.