The Future: What comes next?

What we call ‘ the future ‘ may be closer than we think. The technology and solutions for many global issues already exist both in theory and practice; they just need to be properly implemented. Growing populations, clean drinking water, electricity, food production and even longevity are all on the cards within the coming decades… 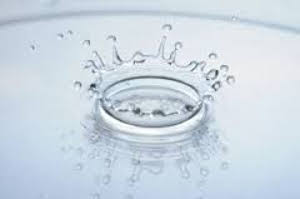 Despite our little Earth being more than two-thirds water­, only three percent of this is drinkable. To make matters worse, a large portion of this miniscule percentage is either polluted or contaminated. Despite what some doomsayers might say, a lack of fresh water is single-handedly the biggest threat to the survival of our species and many others.

So how can we produce more of it cheaply? Simple. Boil dirty water beyond recognition. Boiling water at extreme temperatures not only kills germs, but rising water vapour leaves behind any sediment or pollutants, which don’t vaporise. Water vapour collected via this distilling process is highly pure and drinkable.

American inventor of the Segway, Dean Kamen, has invented a small portable device that can produce clean drinking water from any source — even ocean water and sewage. He calls it the Slingshot, which is designed to produce 1000 litres of clean drinking water a day and can be manufactured for under $2 000 (roughly R14 000).

Of course it takes huge amounts of energy to boil water at such temperatures. To counter this, Kamen uses­ a heat-exchange device which is powered by heat and produces the energy needed to create heat. This closed loop of energy allows the Slingshot to run on less power than a toaster.

Food Production in Major Cities in the Future 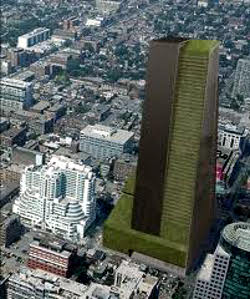 It is estimated that about 80% of what grows in the ground can be grown indoors under controlled environments. Indoor farms and hydroponics (growing plants without soil) make so much sense when we consider that the majority of the world’s population lives in densely populated urban areas.

Furthermore, growing food directly where it’s needed, will result in lower inflation and therefore cheaper food. No fuel or transport costs would affect the price of staple foodstuffs. Weather conditions would no longer be an issue and we would no longer need to worry about farm attacks.

According to Dr Dickson Despommier from the University of Columbia, a 30-story high sky farm about the size of one New York city block, could consistently feed around 50 000 people per year. The logic is quite simple: to produce food where the people live. The result would be being able to get freshly picked fruit and vegetables easily and cheaply on a daily basis.