The Future: What comes next? P.2

What we call “the future” may be closer than we think. The technology and solutions for many global issues already exist both in theory and practice; they just need to be properly implemented. Growing populations, clean drinking water, electricity, food production and even longevity are all on the cards within the coming decades…

The Future of Energy Production in Major Cities 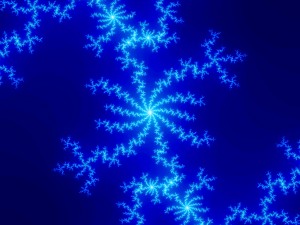 Firstly let’s just get something out of the way here. The whole energy crisis mumbo-jumbo is a complete myth. When there is something like load-shedding, this is the result of inefficiency. There is no longer a need to burn finite fossil fuels to produce electricity. Geothermal energy alone (which comes from the Earth) could power the entire planet for billions of years to come.

What’s more likely to happen, however, is that cities will use a combination of sustainable and renewable energy sources. We are all already familiar with tidal, wind and solar power, but some scientists are looking at heavy pedestrian areas as a possible energy source.

Power is produced and stored on the spot as people walk over them and go about their daily business. Placing these panels over busy sidewalks or pedestrian areas would produce enough electricity to power a large portion of a city’s electrical infrastructure (traffic lights, elevators­ etc.). Not only that, but sidewalks and cities would be a lot quieter too.

The Future of Longevity and Ageing 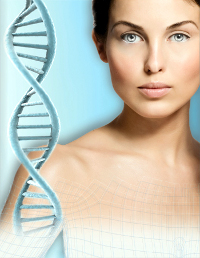 It would be such a shame if all of this was to come to pass and we weren’t around to experience it. Exercise and diet aside, genetics are the way forward if we wish to enjoy longer life spans.

A good start for advancing longevity would be to have a personal copy of your genome or genetic profile. Iceland is already having its entire population profiled, which is a logical start as Iceland is a relatively small and closed population. Having­ an accurate copy of your body’s instruction manual, will allow you to take preventive measures in advance before the unfavourable genes strike.

Advances in modern medicine are also promising to extend our lives within the coming decades. A longevity gene has already been isolated which is currently extending the life span of mice two-fold. Fortunately we all possess this gene, it’s just a matter of triggering it. It may very well be possible to simply pop a “longevity pill” in the near future. You might also be delighted to know that the active ingredient for the longevity gene is found in red wine.

According to Cambridge scholar and founder of the Methuselah Foundation, Aubrey DeGrey, keeping our bodies young and youthful is just a matter of maintenance. DeGrey believes that we can combat ageing by treating it as a simple engineering problem. “When things break, we can fix them”, says DeGrey.

DeGrey’s Methuselah Foundation is offering a whopping grand prize of $4,5 million (roughly R31,5 million) to the research group that can most successfully extend the life span of lab mice by breaking the world record for the oldest mouse. The “Mprize” is designed to directly accelerate the development of revolutionary new life extension therapies, and it’s working.