Louis Theroux may not like Joburg, but Alex Parker paints a much better picture than the BBC (and reviews the Chrysler 300c Touring) 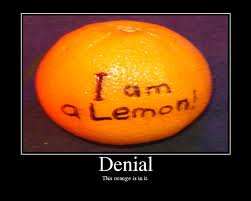 IT’S been a long-standing suspicion, but I have until recently secretly deduced that I am in denial. Such a state of mind is often misunderstood. Being in denial has nothing to do with ignorance or stupidity. I am not, for example, in denial about the imminent end of the world due to climate change. I am unconvinced, and that’s something completely different.

No, denial is failure to acknowledge a difficult truth, a truth you know to be true, as a form of defence against it. And for years, in the darkest part of the night, I have quietly suspected that I might think Joburg is a complete and utter dump. That my professions of love for the place are just the channelling of my dreams.

After yet another insanely dangerous piece of driving by a taxi, we sighed and said, you know, this is a bad, lawless town, with bad drivers and worse traffic lights. What a hellhole, we said.

Let’s move to Durban, says the wife. Can’t. The work is here, says I. And it’s true. Of all my friends, very few are Joburg born and bred. Most are from somewhere else, here because that’s where the job is. Nobody is here for the views or the street cafes or the architecture or the opera or the restaurants. We’re here for the lucre, which in Joburg’s case is especially filthy – covered in dust from the mine dumps so conveniently placed whence the prevailing wind blows. The bitter winter doesn’t help, and neither do the informal settlements, with their simmering anger at government lies and corruption and grinding penury.

But then I watched Louis Theroux’s less-than-brilliant forray into Diepsloot and Hillbrow on BBC Knowledge and, as you do, I shouted at the TV. Who the bloody hell does he think he is, coming to my town and bad-mouthing it, jetting in, spending a couple of days in the roughest parts of town and writing off the whole damn place to drug lords and shack dwellers. The bloody cheek of it.

Then I remembered the day there was service delivery riots in townships across the country. News.bbc.co.uk’s global lead was something to do with South Africa’s townships being in flames. I remember checking local news sites. The riots weren’t even mentioned.

That’s when it struck me. The BBC has decided that they will use increased interest in SA because of the world cup as an opportunity to spread a little alarmism. They have form. All the polar bears are dead, remember?

It’s going to get worse. The BBC is going to make it look as though everyone in Joburg is either dead or about to get killed. The message is clear. Come to sunny Joburg and get murdered and then, probably, eaten.

Well to hell with the BBC. It’s a great town, this, the heart of an economy that feeds millions. And sure it’s rough. It’s a frontier town, on the front line of the war against poverty, a town that works despite it all. A town of diverse millions united in their strivings to make life better. Do not get in a Joburger’s way. We’re making money here. Clear the road! Of course it attracts millions of people, most of whom are impossibly poor. They come for a better life, like immigrants the world over. Such fortitude should be celebrated like it is in America.

“Give me your tired, your poor,
Your huddled masses yearning to breathe free,
The wretched refuse of your teeming shore.
Send these, the homeless, tempest-tost to me,
I lift my lamp beside the golden door!”

Bollocks to the BBC. Of course they don’t like it here. The coffee’s terrible and the traffic’s a disaster and everybody’s a capitalist — even the communists.

What the BBC fails to understand is that people who live in Joburg, the rich and poor, face the kind of adversity that Londoners cannot dream of. And when Joburgers triumph it’s an indication of their unique character. They are strong, kind, a bit rough, very honest and endlessly welcoming. Of course Louis Theroux didn’t like it…

He’d probably also hate the Chrysler 300c Touring, because it’s Johannesburg on wheels. Firstly, it’s enormous. It’s got a serious automotive case of spread. That it’s a station-wagon gives it extra bulk, added weight and even more presence and poise. With it’s huge chrome grill, massive wheels and tiny windows, this car looks more like a tank. It’s the blingiest car ever made.

This car's a fast, pimped-out daddy wagon the size of a house that’ll hit 100km/h in just seven seconds.

Under the hood (for surely a car like this cannot have a bonnet) resides a very large piece of American metal – a 5.7-litre V8 lump that sounds biblical and belches power. The result is a very large car that’s very fast, a pimped-out daddy wagon the size of a house that’ll hit 100km/h in just seven seconds. That’s GTi territory.

Don’t expect too much in the corners, but then don’t expect it to be terrible either. It’s a big, wallowy old thing but unless you’re tying to set a lap time it’ll do just fine.

Anyway, the seats are too slippy and comfortable for that kind of tomfoolery. The interior is okay. It feels a bit dated and plasticky, like any Dodge, Jeep or Chrysler, but it does everything it’s supposed to do. You do get a brilliant stereo so you can wind down the window and blast some Kwaito. The car comes with an onboard hard drive for 20 Gigs of the stuff in fact.

Operating the touchscreen is a breeze, too,
so accessing Mandoza should be easy.

The best bit, of course, is the practicality. It has a vast boot. I mean it’s cavernous. The space in the rear is excellent. It really is a proper family car. Think of it as a car for kwaito stars, Kaiser Chiefs footballers and Soweto mafioso who also happen to have two kids. Take the kids to school. Lay down a track. Rough up an informant. Get some dog food. Go home. Brilliant.

It’s a car that does so much. It might be a bit shouty and flash. It might irritate a certain kind of person. It might be too fast and too big and it might not be the most sophisticated thing ever made, but that doesn’t mean, against my better judgment, that I absolutely love it. The damn thing has soul, just like mad, bad, wonderful Johannesburg.