The reality of the virtual part II

Yesterweek I wrote a post about 3D glasses and all the joys they bring to the wealthiest 10% of the world. If that made you wet your pants with excitement, I thought it would be great to describe how they work in a little more detail.

Stereoscopic gaming, for that matter, is basically gaming with the use of a 3D enhancing device such as 3D goggles. The stereoscopic experience is taken to greater heights with the combined use of surround sound and force feedback devices (or ‘haptics’ to be more technical).

With just the 3D specs and surround sound, entertainment junkies share a similar experience with avid IMAX (3D theatre) goers. Add gaming and a PC to the picture, and the result is superior immersion and an orgasmic experience. 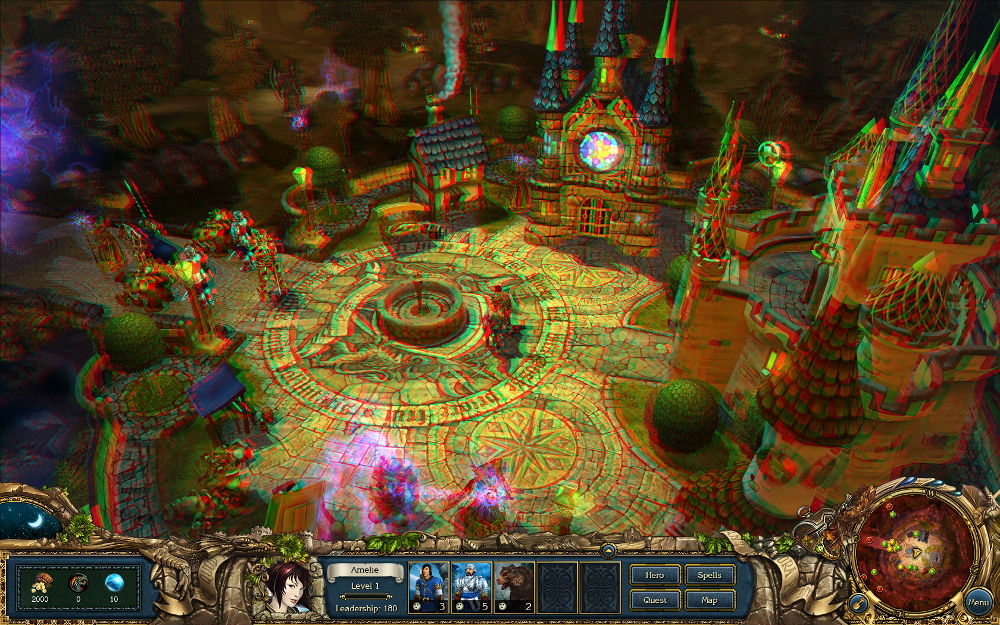 Stereoscopic 3D hardware makes explosions fly out of the screen and adds depth that makes your computer screen look like a window rather than a flat projection, so say the manufactureres of 3D technology. Furthermore, nearly all gamers who have experienced this testify that their gaming performance is improved ten-fold. Here’s what one gamer had to say:

“The feeling of depth enhanced the visuals by a factor of ten. When I rolled in on my ground targets, I found that my aiming of rockets and bombs was actually a lot better in 3D than in 2D” – Flightsim.com

Installing such devices appears to be a real cinch. A single video synchronisation adapter is used for most, and wireless devices require no serial ports or USB connection whatsoever. All that is required is to install the device’s software.

The wireless devices make use of an infrared transmitter to communicate with your PC and a dual-emitter transmitter to synchronise your monitor’s refresh rate with the glasses. Once set up, your specs activate automatically when viewing just about any PC game, photo or movie.

Battery life seems to be rather good too. Most 3D glasses use lithium cell batteries that provide 50-100 hours of usage. Retailers further promise that there’s no need to change your preferred video card drivers to utilise their stereoscopic software. Nice.

Where can I get a pair and for how much?

My spidey senses are telling me that the above question is probably on your mind right now. It’s a bit of a tough one to answer, as there is such a monumentous range of 3D glasses on the market with different levels of coolness.

However, the standard pair, which can do most of the things mentioned today (and is pictured in my last post) goes for around R1000, but you can shave R300 off of that if you don’t mind a pair with wires. Just don’t get carried away and leap across the room to avoid a virtual grenade exploding beneath you.

PS: There are several websites selling 3D goggles but note that there are some great deals on used pairs on sites such as e-bay.