The Dark Web Explained – What lies beneath the Deep Web

DEEP WEB: The Darkness That Lies Beneath …

According to QI researchers, more than 90% of the Internet is comprised of spam, while less than 1% is pornography. One might have expected there to be far more nooky than Viagra adverts on the Web.

In truth, there is actually very little known about the ever-changing world that is the Web as new discoveries and developments are forever being brought to the table. In fact, it is almost impossible to even predict what the Internet will be like in ten years time, let alone the distant future.

There is, however, one quite interesting dark side of the Internet that has existed for some time, yet which very few people know about. This is something known as the Dark Net or Deep Web. 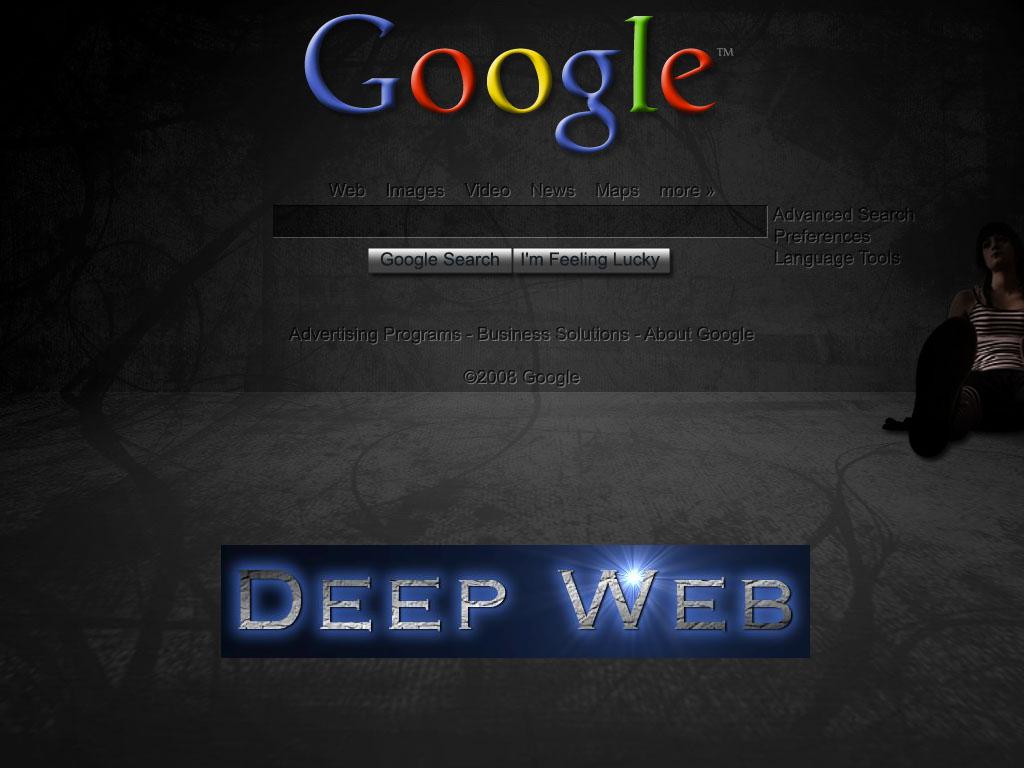 The Dark Web, also known as the deep web, invisible web, and dark net, consists of web pages and data that are beyond the reach of search engines.

What is the Deep Web? How did it come about?

Once upon a time (during 1995) in Edinburgh University, an Irish teenager named Ian Clarke produced a thesis for his computer science course proposing a revolutionary new way for people to use the Internet without detection.

He called his project a “Distributed, Decentralised Information Storage and Retrieval System”. The idea was that by downloading Clarke’s unique software (which he intended to distribute for free) anyone could chat online, share files or set up a website with almost complete anonymity.

To cut a long story short, Clarke’s tutors weren­’t too impressed, but this didn’t stop the student from going ahead with his project. He released his software, called Freenet, in 2000. Since then, at least two million copies of Freenet have been downloaded, which is also now readily available on several websites.

Entering the Realm of the Deep Web

After downloading the 10 MB file, installing the software takes barely a couple of minutes and requires minimal computer skills. Then you enter a previously hidden online world where you can find resources such as “The Terrorist’s Handbook: A practical guide to explosives and other things of interest to terrorists”. Freenet is also the portal to accessing pirated­ copies of books, games, movies, music, software, TV series and much more.

What perhaps started as a seemingly innocent project has today become a means for a plethora of online criminal activity. From creating and sharing viruses to accessing and distributing child pornography (all anonymously of course) the Deep Web has created a subculture of Internet users.

The Internet has always been associated with openness and is often labeled as the ultimate form of freedom; a place where free speech, free access and lack of censorship have prevailed. Yet where do we draw the line when it is simply becoming easier to engage in online criminal activity without been traced?

To put it into better perspective, the Dark Web has grown so fast that it is estimated to be at least 500 times larger than the surface web.

How is the Deep Web different from the Surface Web?

To put it very simply, the web is defined as a collection of hyperlinks that are indexed by search engines. In other words, the pages/content that appear when we do a Google search, is the Internet as we know it, and is called the Surface Web.

The Dark Web, also known as the deep web, invisible web, and dark net, consists of web pages and data that are beyond the reach of search engines. Some of what makes up the Deep Web consists of abandoned, inactive web pages; but the majority of data that lies within have been crafted to deliberately avoid detection in order to remain anonymous.

According to Wikipedia, Michael K. Bergman — who first coined the phrase “deep web”, describes how searching on the Internet today can be compared to dragging a net across the surface of the ocean. A great deal may be caught in the net, but there is a wealth of information that is deep and therefore missed.

In 2001, Bergman published a paper on the Deep Web that is still regularly cited today. “The Deep Web is currently 400 to 550 times larger than the commonly defined World Wide Web,” he wrote.

“The Deep Web is the fastest growing category of new information on the internet … The value of Deep Web content is immeasurable … Internet searches are searching only 0,03% … of the [total web] pages available.” – Bergman

How deep does the dark net go?

No doubt the Internet has changed significantly in the past eight years, yet researchers today have only just begun the plunge to the depths of the Deep Web. The bottom line is that there is simply too much data available for any search engine to index the entire deep web.

Coupled with this issue is the deliberate use of invisible web space by individuals who do not want to be found. This is the origin of groups of criminals who sent out millions of spam e-mails suggesting that you have won the international lottery before quickly disconnecting. No matter what developments are made toward catching such crooks, they will always find new ways to remain hidden.

Craig Labovitz, chief scientist at Arbor Networks – a leading online security firm, was quoted in an article in the Guardian saying, “In 2000 dark and murky address space was a bit of a novelty,” says Labovitz. “This is now an entrenched part of the daily life of the Internet.”

“Defunct online companies; technical errors and failures; disputes between Internet service providers; abandoned addresses once used by the U.S. military in the earliest days of the Internet — all these have left the online landscape scattered with derelict or forgotten properties, perfect for illicit exploitation, sometimes for only a few seconds before they are returned to disuse … it just takes a PC and [an Internet] connection.” – Labovitz

Is there any light to the darkness?

Surely it was not young Ian Clarke’s vision to create a breeding ground for online criminals, which is sadly the predominant direction that the Deep Web seems to have taken. He merely wanted to offer free software to those seeking anonymous online communication.

There are secretive parts of the Internet that were specifically designed for U.S. secret service field agents and law enforcement officers to surf questionable websites and services without leaving tell-tale tracks. However, these merely seem to be more to the advantage of the crooks been sought after.

Perhaps the domain of the Dark Net would make sense in oppressive regimes such as China­ where the government goes to farcical extremes to censor images that contain large expanses of supposedly naked flesh. It could certainly have a positive impact in countries such as Iran — allowing people to rally support against oppressive governments without fear of being apprehended.

It’s a shuddering thought that due to the immense size and growth of the Deep Web there is virtually no way to stop it. It may not all be bad but there is a large enough criminal aspect to it to warrant concern. Clarke even admits that child pornography exists on Freenet, yet claims that it would be detrimental to try and put a stop to it.

“At Freenet we could establish a virus to destroy any child pornography on Freenet — we could implement that technically. But then whoever has the key [to that filtering software] becomes a target. Suddenly we’d start getting served copyright notices; anything suspect on Freenet, we’d get pressure to shut it down. To modify Freenet would be the end of Freenet.” – Ian Clarke

Perhaps for the meantime it’s safest to stick to Google.