Experience the Internet in 3D

VIRTUAL REALITY: Exit reality and enter the virtual world of the 3D web

AN Australian company has launched a free tool that offers web browsers a world-first opportunity to view the Internet in three dimensions.

Melbourne-based ExitReality said its application allows users to turn any regular website into a 3D virtual environment, where an avatar representing them can walk around and meet other browsers viewing the same website.

Founder Danny Stefanic said that, previously, only specialised websites such as Second Life and World of Warcraft allowed users to enter a 3D environment, however, interaction within those environments are limited.

“ExitReality goes far beyond that. It allows you to view not just one website but the entire World Wide Web in 3D,” said Stefanic.

Exit reality and enter the virtual world of the 3D web 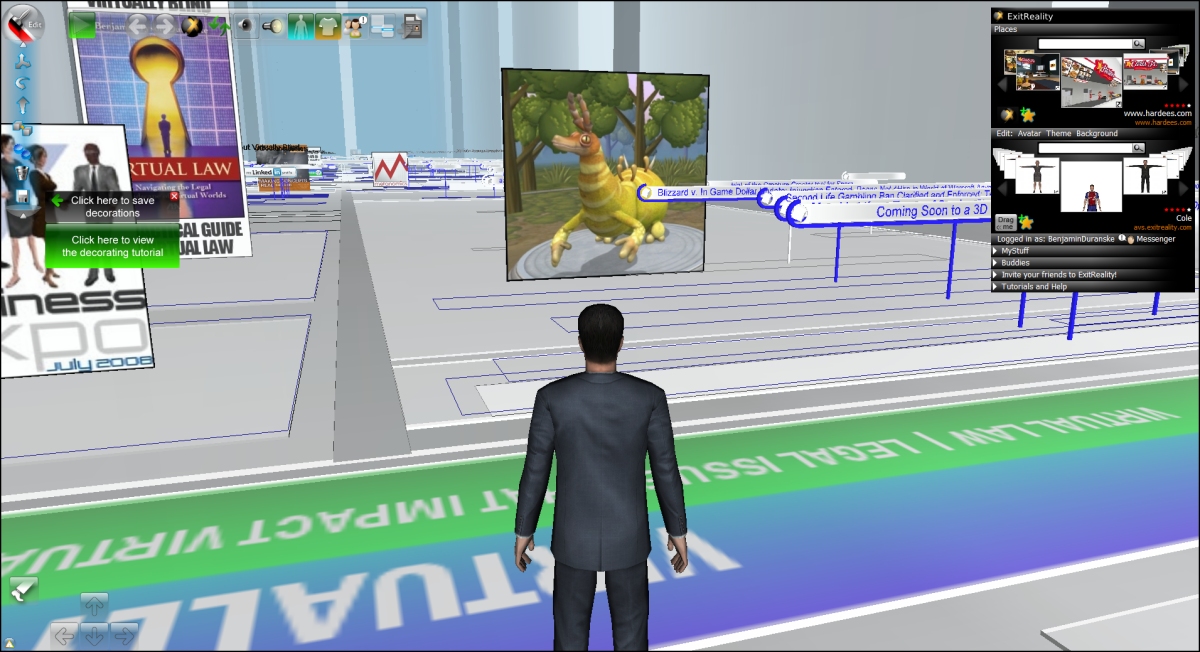 Browsers can use the tool to turn their social networking pages on sites such as Facebook and MySpace into a virtual apartment, where photographs are displayed on the wall and links to friends are displayed as “doors” leading to other apartments.

Users can customise their flats by “decorating” with 3D versions of couches from stores such as Ikea or downloading an e-jukebox to play music clips stored on their personal page.

Similarly, using ExitReality on video-sharing websites such as YouTube creates a virtual cinema, where the browser’s avatar sits next to other users logged on to watch the clip they have selected.

Stefanic said the tool will transform the web from a solo experience into one that could be shared with friends and other users interested in the same content.

Stefanic says there is a wealth of 3D content on the Internet that conventional web search engines ignored. Such 3D effects made the web more interesting for users, meaning they were more likely to spend more time browsing the page.

“Users would normally spend no longer than a couple of minutes on a 2D website,” he said. “In a 3D environment, this time can extend to half an hour, creating a huge potential for the website owner to maximise user engagement.”

Link: ExitReality home
Related post: The reality of the virtual