I’ve been thinking of getting a puppy; one that’s potty-trained. Or perhaps a streetwise cat that can take care of itself. The thought that I could never find the time to raise a pup made me consider robot pets. Several of these can learn skills and tricks, recognise faces, voices, and colour; but, they won’t pee on your carpet. These are my top four: 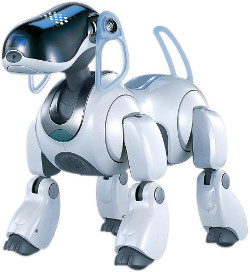 When electronic communication giant, Sony, launched the Artificial Intelligence roBOt dog (AIBO) in 1999, the pooch was regarded as a breakthrough in the robot entertainment market. Since then, AIBO (meaning “love” or “attachment” in Japanese) has sold over 130 000 units worldwide. AIBO is the first generation of artificial intelligence pets designed to learn and adapt to its environment.

These automatons can communicate over wireless networks and even photograph things they ‘see’ and post these to their personal (owner’s) websites. He will wag his tail when patted on the head. And, if you’re lucky, he’ll produce an affectionate high-pitched squeal. The robot pup can respond to voice commands, pick up his AIBOne, and play with his balls just like a real dog.

However, Sony has discontinued production of AIBO since 2006 following profit erosion from Apple iPods. Technical support for existing AIBO’s also ends in 2013. They were pricey anyway – at a local retail price of about R15 000. 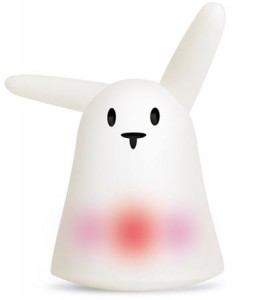 Meet Nabaztag – a 23 cm tall WiFi-enabled electronic bunny. Nabaztag (meaning “rabbit” in Armenian) is considered as a ‘smart object’ and can connect to the Internet. The robot bunny is able to download weather forecasts, report traffic jams, read its owner’s email etc. and is also fully customizable and programmable.

Nabaztag can also send and receive MP3s and messages and read the latter out loud in up to 16 different languages. He can also use his digital voice box (or indicative lights) to deliver weather forecasts, stock market reports, news headlines, e-mail alerts, RSS-Feeds, MP3-Streams, and he can be your alarm clock.

The latest version Nabaztag has a microphone that allows for voice activation of some of its services. A final added feature is a built-in RFID reader to detect special-purpose RFID tags and the ability to identify objects. Nabaztag can even use these RFID tags to read special edition versions of French children books. 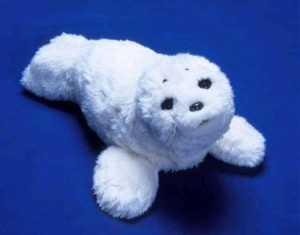 Paro has got to be the cutest and most lifelike of all the artificial pets. While the others resemble animals in suits of armor, Paro the baby harp seal is specifically designed to be cute and cuddly and make people feel comforted.

He is what is known as a Mental Commitment Robot – developed to interact with human beings and make them feel emotional attachment. These robot pets are specifically aimed to trigger subjective evaluations. They have shown to have positive psychological, physiological (such as improvement in vital signs), and social effects among inpatients and caregivers young and old.

Paro has five kinds of sensors, which are a little different from the familiar five senses belonging to the living. He uses tactile, light, audition, temperature, and posture sensors, with which it can perceive people and its environment.

The light sensor allows robot pet Paro to recognize light and dark. He feels being stroked and beaten by the tactile sensor, or being held by the posture sensor. Paro can also recognize the direction of voice and words such as its name, greetings, and praise with its audio sensor.

Like AIBO the robot dog, Paro can learn to behave in a way that the user prefers and respond to its new name. If he is beaten for bad behaviour, for example, the action is recorded to memory and the robot seal will perform less of the deviant behaviour in the future. 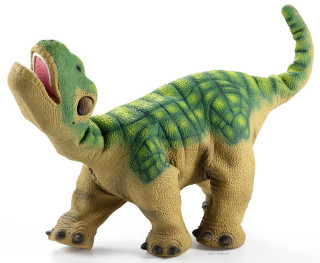 Pleo is a ‘designer species’ type of pet robot that begins life as a newly-hatched baby Camarasaurus. Like the others robot pets, he is said to incorporate all the basic traits of autonomous life and is specifically engineered and enhanced to mimic life and relate to his owner on a personal level.

Pleo was engineered by a group of robotics specialists, animators, technologists, scientists, biologists, and programmers who noted the biological and neurological systems of the Camarasaurus. They then “re-interpreted” those elements through hardware and software. The design combines sensory, articulation, and neuronetics to create a lifelike appearance with organic movement and adaptable behaviors.

The robot dinosaur is equipped with senses for sight, sound, and touch, and learns and reacts to sensory stimuli as it explores its environment. Interaction with the environment has subtle effects on its behavior, and every Pleo eventually exhibits a unique personality.

Two or more Pleos can recognise one another, and marketers claim that they can even transmit colds to each other. However, unlike real organic pets, Pleo wont ever die on you or run away. So long as technical support is available, he and his different species of robot friends – AIBO, Nabaztag and Paro, will live forever.

It’s difficult to say how the general public will respond to the rising popularity of artificial robot pets such as these. A few years ago, Tamagotchi had children and adults obsessed with caring for pixelated, black and white digital dogs or dinosaurs. Some owners really believed that these had real, humanlike personalities and were inconsolable when their virtual pets’ lives ended tragically.

Dr Hannah Slay, owner of a pet AIBO, doesn’t see anything particularly wrong with owners becoming emotionally attached to robotic pets. She feels that they could have real benefits for the sick and the lonely. A study by Cambridge University suggests that real pets can reduce stress, encourage exercise, reduce blood pressure and cholesterol, and stave off loneliness.

Rhodes University philosophy lecturer, Francis Williamson, remains skeptical about humans building relationships with artificially intelligent pets. He suggests that products like AIBO merely provide the appearance of a relationship rather than an actual one.

In other words, people are being duped.

I personally don’t see anything wrong with people becoming emotionally attached to robot pets, although I would never want to own one. Even if a cuddly Paro looked happy to see me, the fact that it wouldn’t be sincere about it would put me off. But if they can dupe others and make them happy as a result, then that’s dandy.

Human beings have been conditioned by the media to perceive personality and consciousness in things that don’t actually have them. Think about all the people that believe their teddy bears, cars and household plants have personalities. Although robot pets are very far from being self-aware and conscious, at least they are more fun and lively than a mute, plastic pooch.