The Botany of Desire: The Apple and Potatoe

BOTANY OF DESIRE: The Apple and Potato of Desire

The banana plant can ‘walk’ up to 40 centimeters in its lifetime. Many herbal plants can warn each other chemically when predatory herbivores are nearby. The sunflower is able to extract radioactivity from water.

Plants really aren’t appreciated enough in our hi-tech world. Many humans like to believe that we somehow exist outside the web of nature rather than living within it. From an evolutionary point of view, plants are just as advanced as humans. Time and time again nature proves that it is stronger than any of our designs as we constantly try to control it.

A friend of mine who has just come back from the United States told me about a fantastic book by bestselling author, Michael Pollan, called The Botany­ of Desire. The book tells the story­ of human desire and is about the domestication of four specific plants from the plants’ perspectives (metaphorically speaking). The apple, tulip, cannabis and the potato have all been integral to the human tale and have influenced history, economics, politics, religion and technology and raised debate over genetically modified food.

The Apple of Desire (as explained in The Botany of Desire)

According to The Botany of Desire, apples have evolved to gratify our desire for sweetness — an innate, hardwired desire that is simply a part of our biology. From an early age we learn that bitter plants are often poisonous while sweet ones are calorie-rich and therefore good for us. 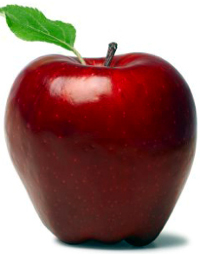 The apple first sprouted into existence in Kazakhstan. To migrate to all four corners of the globe and spread its genes, it had to appeal to mammals as a sweet food source. This brought the apple to the New World.

However, what was unknown to the early pioneers is that every apple seed within an apple contains different genetic material and will produce a completely different variety of apple if planted from seed. These tend to be very bitter and New World apples were primarily used to make hard cider, which put rural America into a great binge.

Today there are thousands of apple­ varieties and it is still arguably the universal fruit. It even influenced artists of the Renaissance to imagine the forbidden fruit in the Garden of Eden as being an apple.

The Potato of Desire (as explained in The Botany of Desire)

According to The Botany of Desire, the potato represents our desire to control nature and cultivate a staple food source. It led to the rise of the Incan Empire and helped fuel the Industrial Revolution. It changed the course of European­ history and led to a population­ boom. For civilisations in and around Europe potato crops freed more people from tilling the fields and allowed them to focus their attention on other pursuits. 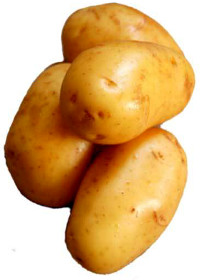 The potato was also a godsend for the Irish who were unable to grow much of anything. This was until a fungus caused the great potato famine in the 19th century — killing over a million people.

The potato has taught us a valuable lesson in biodiversity and illustrates the risk of monocultures. Growing just one species of an edible plant makes entire crops vulnerable to disease and infection. However, the demand today for a certain kind of McDonald’s potato chip has resulted in farmers once again growing mostly just one kind of elongated potato.

Attempts to prevent another potato famine has led several farmers to genetically modify their potatoes. Splicing a gene from a bacterium that lives in the soil with the potato leaf kills insects, but has also led to huge consumer uprisings against genetically modified foods.