BOTANY OF DESIRE: The Tulip, Marijuana and Human Desire

** Read the first part of this article here **

Cannabis (as described in The Botany of Desire)

Marijuana gratifies the human desire to experience an altered state of consciousness. We are all born with an innate drive to experience other mind states periodically, whether this manifests into singing, dancing, experimenting with substances or jumping out of an aeroplane. 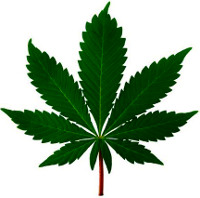 According to The Botany of Desire, the genius of marijuana is to appeal to this human desire and it has mastered the art of biochemistry. Through it we have discovered a wealth of information regarding how memory, emotion and consciousness all work.

Marijuana’s world domination strategy involved producing more of the chemical (THC) that appeals to the human creature in order to be spread its genes and be given more habitat in which to thrive. Anthropologists posit that the only human culture never to have been influenced by this plant were the Inuit.

Most cultures have historically used cannabis to relieve pain. In Western culture marijuana was the driving force behind the jazz era and set alight the social revolution of the sixties.

The banning of marijuana in the United States led people to splice the genes of Mexican­ and Indian marijuana to produce a short, resilient and fast-growing plant that could be produced indoors. This has resulted in an almost entirely new species of plant, which now largely lives a cushy existence removed entirely from nature and the foothills of Mongolia and China where it originated.

The Tulip (as described in The Botany of Desire)

According to The Botany of Desire, the tulip (like many flowers) has evolved to gratify our desire for a certain kind of beauty. Flowers have been flaunting their beauty for more than 100 million years since the rise of the angiosperms. These plants form fruit and seed and have male and female types, which allows for the mixing of genes. This creates greater variety, which means greater adaptability and ability to survive. 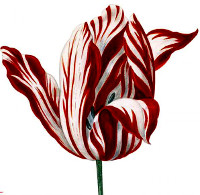 When the tulip caught our attention and began to be cultivated, this plant underwent some startling changes. Its new forms bewitched the sultan of the Ottoman Empire and engulfed the Dutch in “tulip mania” during the 17th century. The tulip fast became one of the most valuable commodities in the world and spurred one of the biggest investment bubbles in human history.

The tulip came to denote wealth and status and it became fashionable for the prosperous to grow flower gardens. One tulip variety, the Semper Augustus, fetched as much as R70 000 in today’s money. Soon there was more money outstanding on tulip bulbs than there was in circulation, which caused economic collapse.

It was later discovered that the most sought-after tulip varieties were actually infected by a plant virus. Today, more than 19 million tulips leave Holland for flower shops around the world.

In a nutshell, plants are pretty amazing. The central lesson we can take from these four species is that we need to stop trying to control nature­ and rather learn to work with it.