There was a lot of talk and debate a while back about 2011 being “the year of eSports”. The central debate in a South African context was whether or not competitive gaming should be recognised and treated as an international mind sport in our country.

With a steady increase in the number of competitive gamers across genders and cultures, the mind sport debate revolves around the idea of classifying network gaming as an official national sport and treating and covering it in the same manner as existing sports such as rugby and cricket.

It’s a misnomer that ‘real’ sport is physical and sweaty and demands an impressive display of physical prowess. With most sports being based on warlike principles, it’s often forgotten that quick wit and strategy play an integral part in most of the sports we love. And let’s face it – not everyone is cut out for the gym or has the impressive build of Os du Randt.

Consider chess, poker, pub quizzes, crossword contests and poetry slam as competitive mind sports. These all require quick wit, intellectual talent and creativity without the need to physically tackle opponents to the floor. And if you think that gaming is mindless finger-clicking, competitive gaming demands huge amounts of quick thinking, strategy, and above all, teamwork. 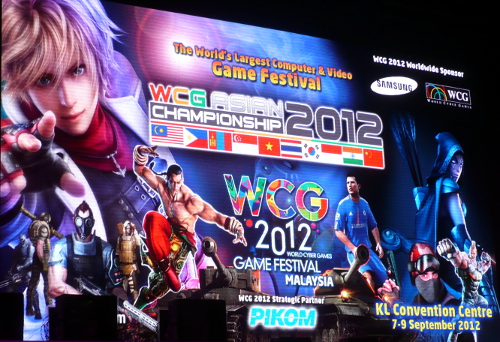 The good news is that African countries are gradually getting on board and gearing up to compete internationally. Mind Sports South Africa (MSSA) is currently driving inter-school gaming leagues and organised the first official gaming test match between South Africa and Namibia last month.

According to an interview with the president of MSSA, Colin Webster, published on ITWeb, “One of the key highlights this year is the fact that MSSA is in talks with local government to organise a national e-sports LAN event that will have the same stature as a national sporting event. Gamers from all over the world will be able to test their skills against South African gamers.”

Unfortunately, for South African gamers to compete on a global scale and participate in the major leagues held in Europe, Korea and the United States, politics need to come into play. In order to compete internationally, gaming (as well as any sport) need to meet a certain set of criteria. There are good reasons for these, but when we consider that hi-tech sports such as gaming are ever-evolving with technology, perhaps we need to consider having such criteria updated as well.

The central issue is that for any sport to qualify and be able to compete at an international level, it needs to be accessible to everyone. Every government school has a sports closet full of soccer balls and cricket bats and there are real efforts to offer the same to rural schools around the country.

However, now that we are undoubtedly living in the digital age, it is also becoming compulsory for all schools to have computers and internet access. That’s all it takes to set the stage for competitive gaming tournaments. Learners could even opt to participate in network gaming during their lunch breaks. I’d guarantee that you wouldn’t have to twist any arms to get learners interested.

There is also the opportunity to make a decent living from competitive gaming. The World Cyber Games held in South Korea every year sees a huge flow of revenue from sponsorship and advertising – not to mention the marketing value that top, individual gamers gain by proving their skills. As existing tournaments have shown, large technology and PC corporations are more than willing to play their part and offer sponsorship and support for mind sport.

I sincerely hope that competitive gaming gets the attention and coverage it deserves within the realm of mind sport. As an ardent gamer, I believe that having games pushed and played to their limits by professionals will improve the quality of existing and future games as well as associated technologies.

What’s more, mind sport is a chance for people to engage with the latest technology, a chance to bring together people with similar interests, to team-build, to profit off all the advertising possibilities, and to show the rest of the world that South Africa has what it takes to compete globally in the realm of quick wit and real time strategy.