Necessity is the mother of all invention, they say. While this may be true during times of war and famine, etc., many inventions were conceptualized while the inventors were sitting on the toilet or trying to prevent their ice cream from melting. It’s rather interesting to consider how many life-changing inventions were discovered entirely by accident. Here are a few accidental inventions that came about in unusual ways.

Mr Crum, a chef in Saratoga Springs, New York, was having a tough day at the office. A patron, who had ordered a plate of fried potatoes, kept sending them back asking for them to be thinner and more fried. Crum eventually lost his temper. He sliced the potato so thin that it went rock hard when fried. To his surprise the disgruntled customer really liked his crispy lunch and kept asking for more.

Sir Alexander Fleming knew nothing about penicillin until he threw away his experiments and equipment. He was working on a wonder drug to help cure diseases and was having a tough time of it. It was when Fleming noticed that a contaminated Petri dish he had discarded contained a mould that was dissolving all the bacteria around it, that the powerful antibiotic, penicillin, was discovered. 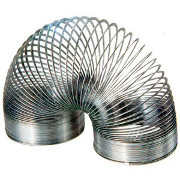 The slinky has got to be one of the most unusual toys that had a darker side behind its invention. Naval engineer Richard­ Jones was working on a meter designed to monitor power on naval battleships. Jones was using tension springs when one of them fell to the ground and continued bouncing around. And so the slinky was born. 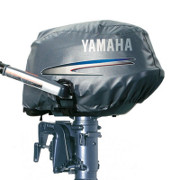 Norwegian inventor Ole Evinrude was enjoying a holiday with his wife on an island during the summer of 1906. He had made an eight-kilometer round trip to get his beloved some ice cream during a hot summer’s day. Upset that the ice cream had melted before his return, he begun to ponder how he could get across the water faster. By mounting a motorcycle engine onto the back of his rowboat and attaching a propeller, Evinrude had invented the first outboard motor.

Percy Spencer was an engineer conducting a radar-related research project with a new vacuum tube. During his experiments he noticed that a chocolate bar in his pocket had begun to melt. When he placed popcorn seeds into the machine and they began to pop, Spencer knew he had invented something revolutionary. 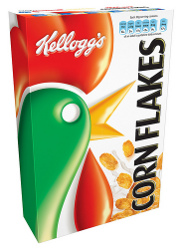 The Kellogg brothers, Will and John, were simply making a pot of boiled grain when they discovered a pot that had been accidentally left on the stove for several days. The mixture had turned mouldy, but the product that emerged was dry and thick. Upon removing the mould, the brothers had created one of America’s favourite breakfast cereals.

While we all know that fireworks were invented in China, their creation is somewhat uncertain. According to legend, a cook was experimenting with charcoal, sulfur and saltpeter, which are believed to have been common kitchen items 2000 years ago. When the cook noticed that a combination of these ingredients ignited with such fury, he mixed them into a bamboo tube. The rest, as they say, is history.