MICROSOFT SURFACE: Getting to grips with new touch technology

Even as a twenty-something, I can fully understand the anxieties experienced when new technologies are released that we would like to try for ourselves, but which seem rather complex and perhaps difficult to handle. Anything that’s more complicated than a remote control has the potential to put anyone who considers themselves as “technologically illiterate” into a mild state of depression.

To generalise, teenagers seem to have a natural ability to immediately grasp and take control of new techno devices without ever having to consult a manual or use the help function. Having to touch a manual for anything digital seems like avoidable homework to me, but lately I find myself having to refer to at least three pages of one before I feel that I have at least come close to mastering it.

Technology developers know about this consumer anxiety and most go as far as they can to keep things “simple-stupid”. We don’t necessarily need to understand how a piece of tech works to enjoy the benefits of it, but in order to operate most devices effectively, we do need to know how it communicates.

We are all naturally adept at reading body language and understanding hand gestures, which is something that is now being taught to computers. Touch technology is becoming a revolutionary method of naturally communicating with computers and represents a fundamental change in the way we interact with digital content. This is all becoming possible with Microsoft Surface. 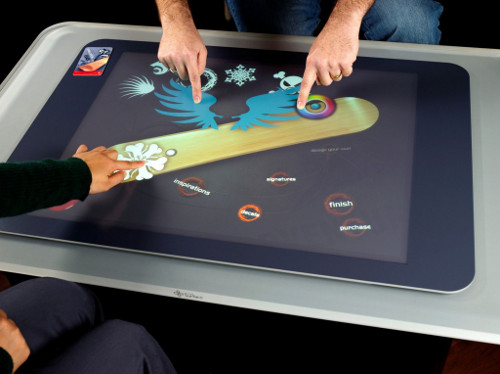 What is Microsoft Surface?
Microsoft Surface is a multi-touch computer that responds to natural hand gestures and real-world objects – helping people interact with digital content in simple and intuitive ways. With a large, horizontal user interface, multiple users can collaboratively and simultaneously interact with data and each other.

It’s as easy as grabbing digital content with your hands and moving information with simple gestures and touches. Surface is also able to “see” and interact with objects placed on the screen, allowing you to move information between devices such as cellphones and cameras with a light touch and drag.

The technology has been increasingly employed by businesses worldwide as it has proven to be a more efficient method of delivering information and services to customers. Because the interface is so intuitive, people generally find it easy to learn. The multi-touch and multi-user capabilities also help create a collaborative experience, helping to rid one of any anxieties.

How does Microsoft Surface work?
As I mentioned, one doesn’t usually have to know how a piece of tech works in order to enjoy the benefits of it, but I can relate to those who have a burning desire to know how everything works. 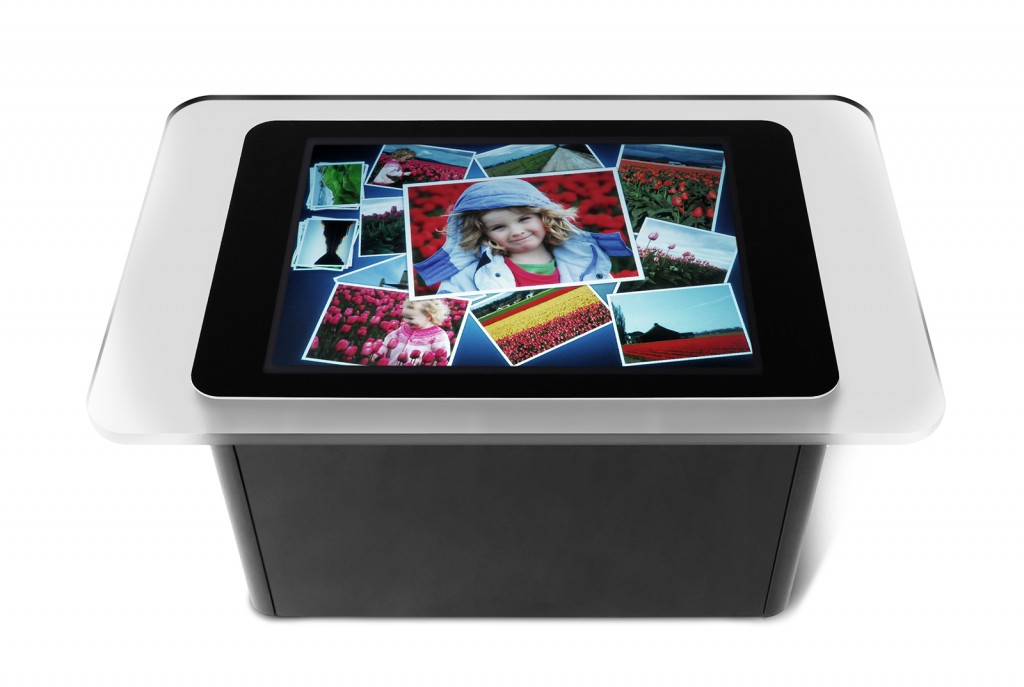 Microsoft Surface uses cameras and image recognition in the infrared range to recognise different types of objects, such as fingers, tagged items and shapes. This input is then processed by the computer and the resulting interaction is displayed using rear projection. The user can manipulate content and interact with the computer using natural touch and hand gestures, rather than using a typical mouse and keyboard.

Microsoft Surface represents a leap ahead in digital interaction, with the ability to wirelessly connect with several other devices such as printers, networks, mobile devices, card readers and more. The sophisticated camera system of Surface sees what is touching it and recognises fingers, hands, paintbrushes, tagged objects and a myriad of other real-world items.

Under the hood (software specs)
Microsoft Surface is based on the Windows Vista operating system. The rugged table-top structure has powerful processors, a streamlined operating system and intuitive interface, which makes it unlike any computer on the market today.

Tagged object recognition
TOR is a particularly innovative feature of Microsoft Surface. The tag is what allows Surface to uniquely identify objects — helping the system tell the difference between identical-looking bottles of wine, for example.

A tagged object might also identify a cardholder so they can charge purchases. There is a video I saw of Bill Gates demonstrating this by ordering drinks for himself and an awestruck reviewer, and then paying for them by placing his credit card on the computer’s surface.

With capabilities such as direct interaction, multi-touch, multi-user, and object recognition, as well as the means for application deve­lopment, Microsoft Surface certainly represents the next stage of touch computing. Microsoft is currently at the forefront of touch technology. It is also certainly one new piece of technology that we can all get to grips with.

Related article: The Apple of my iPad