GAMING: Tweaks and mod ideas for making Fallout 3 even better

FALLOUT 3 is quite possibly the best game ever made. It won Game Of The Year in 2009 and five riveting mods or add-on packs have been released to date. I confidently believe that Fallout 3 is an ever-evolving game genre and I wanted to propose a few additional tweaks or mod ideas to make the game even better.

You know those pilot lights you pick up, usually from stoves? Well why not be able to attach these to your weapons using tape or wonderglue? That pip-boy light just doesn’t cut it. Attachable pilot-gun lights could break and dim-out after a while too. Imagine being able to shine a light on ghouls hiding in dark corners – it would be light a scene from I Am Legend.

VATS is a great feature of Fallout 3 but it becomes tedious having to target a creature and then select which body parts you wish to load with lead every time. I’m sure most gamers use VATS the same way I do – i.e. aim for the parts with the best chance to hit.

What would be great is to have an “instant VATS” hotkey that automatically fuels all your Agility Points (AP) towards to most vulnerable body part. One could customise this by being able to select a body part that you would want your instant VATS to target each time (e.g. right leg). 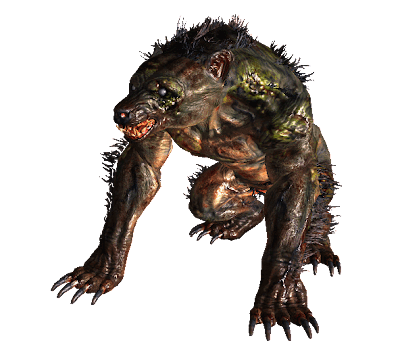 I know that this is something specific to games like Far Cry 2, but the whole gun jamming thing is really effective for first person shooters, especially when there’s dodgy equipment at your disposal. Fallout 3 would be perfect for incorporating something similar considering that your guns get damaged after extensive use. Having your shotgun jam while trying to take out a Yao Guai would really add to the intensity of the game.

After starting the game over for the third time I played on the most difficult setting and thought my best strategy would be to play as a melee hero (as ammo on this setting is in short supply). I thought there were plenty of melee weapons to wield but I kept finding myself wanting to throw them at my enemies.

Being able to throw melee weapons (and even rocks) at a raider’s face would add to whole idea of survival of the fittest in a barren wasteland.

The notes system is a great way to make quests really rich and involved. However, once quests are completed, one doesn’t really care anymore what happened to the Keller family. Notes just continue to pile up and it’s easy to lose track of which ones are still important or relevant. An option to delete (drop) completed quests/notes would be really useful and would make the Wasteland a better place.

Fallout 3 tweaks: More for your caps

It is easy to become the wealthiest survivor in the wasteland, but with only on shack available to pimp out in Megaton (which you get for free anyway) there really isn’t much else to blow your caps on. More housing options would be a good start, but it would also be great to be able to either invest caps in things (besides merchants) or even be able to pays techies to upgrade your equipment and armour.

Well that my six cents worth of ideas. If anyone has any connections at Bethesda Studios please do pass these on. Or, if you are a mod-maker, perhaps you could use these ideas to make much sought-after Fallout 3 mods. Or you could just provide your own ideas below, and if there are enough of them, who knows? They could make Fallout 3 even better yet!

If you are a fan of Oblivion, Fallout 3 takes things beyond the next level. It is certainly one great game to own if you don’t already.