Flipping through a National Geographic magazine the other day, I came across some statistical information regarding our depleting ocean populations. They were quite depressing to say the least. There are literally entire sections of the ocean that have been fished dry and several more marine species have recently been added to the “protected” or “endangered species” lists. 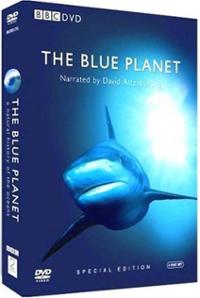 It’s a no-brainer that we need to conserve marine ecosystems which have sustained and fed us for so long. It needs to firmly sink into human consciousness that we, in fact, live on a blue planet. The oceans have much to teach us too. I recall an episode of The Blue Planet where divers dove the deepest they had ever gone — further than the sun’s rays could reach — and discovered underwater volcanic activity that had spawned a vibrant coral reef simply teaming with life. Until this discovery, it was believed that all energy for life was derived from the sun.

The oceans are also a force to be reckoned with and demand our respect. With all the floods and tsunamis of late, the oceans could spell the end of life as well as be the source if it. There is growing incentive to be able to accurately predict natural disasters before they happen. Considering that the majority­ of the world’s population lives on or near the coastline, studying the ocean floors should be of utmost priority­.

Natural disasters aside, there are also the lives of marine species to consider. A unique aspect of the human species is that we are the first creatures on the planet that have developed an awareness of our impact on the Earth. If this doesn’t dictate some sort of responsibility on our part, then I’m afraid to say that we may not have much of an exciting future to look forward to.

On the northern island of New Zealand live a dedicated team of scientists and researchers who are taking the oceanic crisis to heart. Around 30 years ago, the area known as Goat Island Bay was a wet desert — decimated by overfishing. Since the establishment of the Goat Island Bay Marine Reserve, the area has been transformed into a rich ecological paradise­ that is alive with possibility. 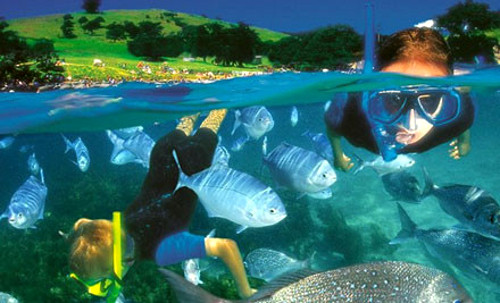 While divers from around the world flock to visit such rich waters, scientists are able to observe and study marine life in their natural environment. Marine life is left in peace to survive and multiply­ in harmony with people, while scientists are left free to investigate the health of the ecosystem. They now also provide a field-base for Masters students at Auckland University.

Of the many discoveries made to date is the unexpected taming of certain fish species in their protected natural environment due to increased interaction with people and bans on fishing. Snapper fish have been documented to occasionally swim alongside bathers, seeing them as neither food nor foe. Not only have several fish species become tamer, but many are also growing to record sizes, with Snapper fish growing up to a full metre.

Researchers have also discovered methods of naturally attracting marine species to the area and ensuring greater survivability during spawning season. Divers have found that several marine species can orientate to sound and are using beacons that emit natural reef sounds to direct larval fish and crustaceans to newly protected areas.

Goat Island Bay is a living example to the world. It demonstrates that we have what it takes to replenish our life-giving oceans and live in harmony with nature. We have the technology to fix the damage we have caused and can even improve habitats such as coral reefs, which, in turn, will attract even more life. Let’s respect our blue planet and remember that if it weren’t for fish we wouldn’t even be around.