It’s strange to be back in rainy and wintery Cape Town after a week in the Karroo desert – where it is so hot during the day that the moisture literally gets sucked out of your body through your bare feet. Of course it’s the opposite extreme at night when your balls disappear to who-knows-where and you get permanent nipple-rise through seven layers of clothing. Ahhh, such is life in the desert… 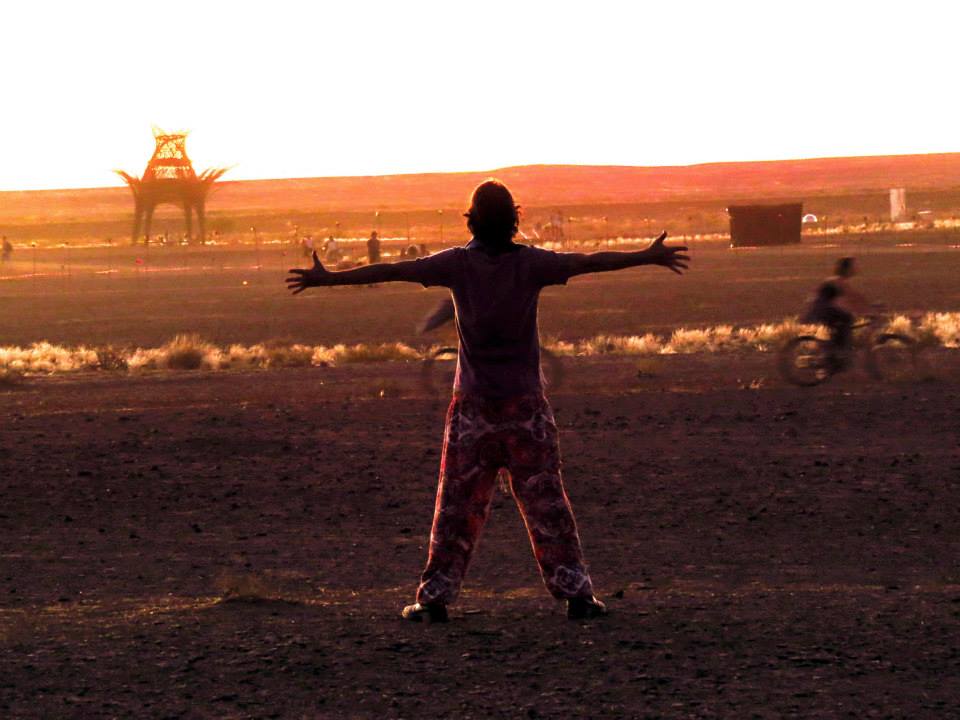 Afrikaburn 2014 has been one of the absolute highlights of my year. Although I have already readjusted back into ‘normal’ society, I am still digesting the whole experience. It can be quite overwhelming for first-timers. 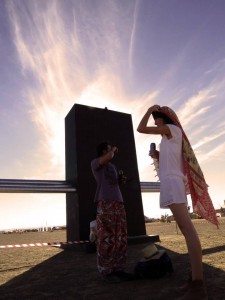 Afrikaburn is certainly no place for the prudish or for those can’t handle getting a little dirty and shitting off. If the thought of having an open-air pooh in the Karroo (in a compost toilet) while others saunter past or perhaps bathe in the nude nearby scares you, then Afrikaburn is not for you. If, on the other hand, you welcome the sweaty embrace of those on ecstasy, listening to shroomy interpretations of beauty or witnessing ideas of alternative living come to life, then put Afrikaburn on the calendar right now!

Afrikaburn is not for the ill-prepared, but at the same time it was not nearly as tough-going as I expected it to be (which probably has a lot to do with my semi-rustic upbringing). The Afrikaburn Survival Guide (which one is encouraged to read beforehand) warns about puff adders and scorpions – flash floods and heat-stroke – and the highly likely event that you might die. The organisation of the event is top-notch though, with medical staff and “rangers” doing regular patrols. There is also a camp called Sanctuary where one can go if it all feels a bit much. 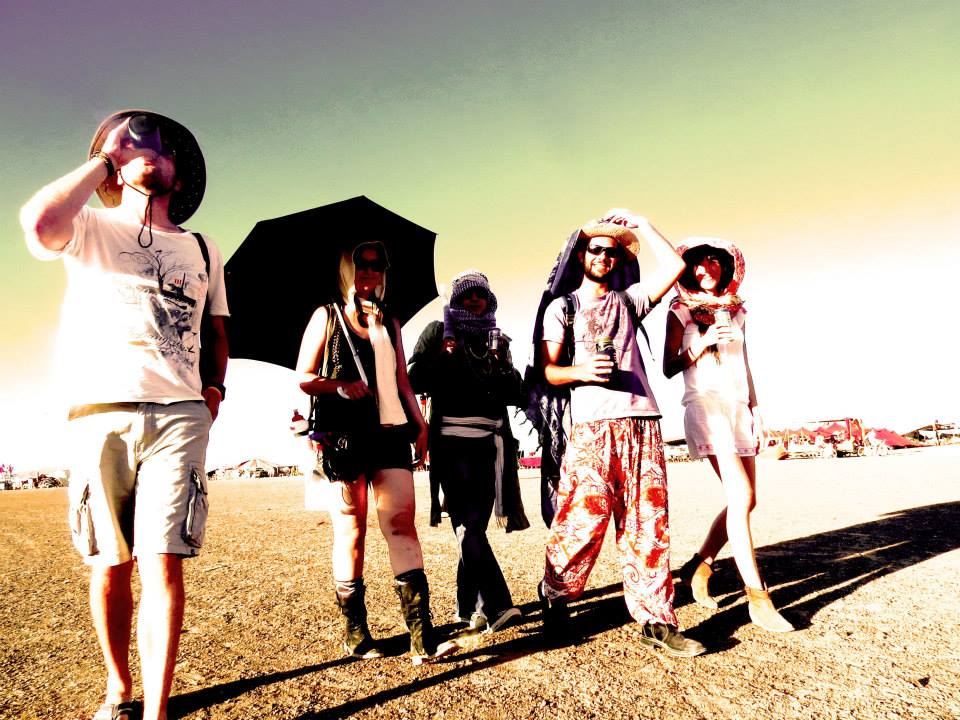 Afrikaburn may sound like one massive drug festival but it really attracts people from all walks of life. Feral children run amok and you’re bound to come across at least one nudist per day, but I would say that the majority of Burners are friendly, open, creative and generous sorts. You could quite honestly go there with nothing and survive on the kindness of others (if you had to).

Participation and volunteering at Afrikaburn is encouraged. It is a place to express yourself however you talents or imagination see fit. Some throw bones and read your future while others offer home-brewed beer. If you feel you have nothing to offer, you can always volunteer to clean up MOOP (Material Out Of Place). Or you can simply get naked, meditate and be one with nature. 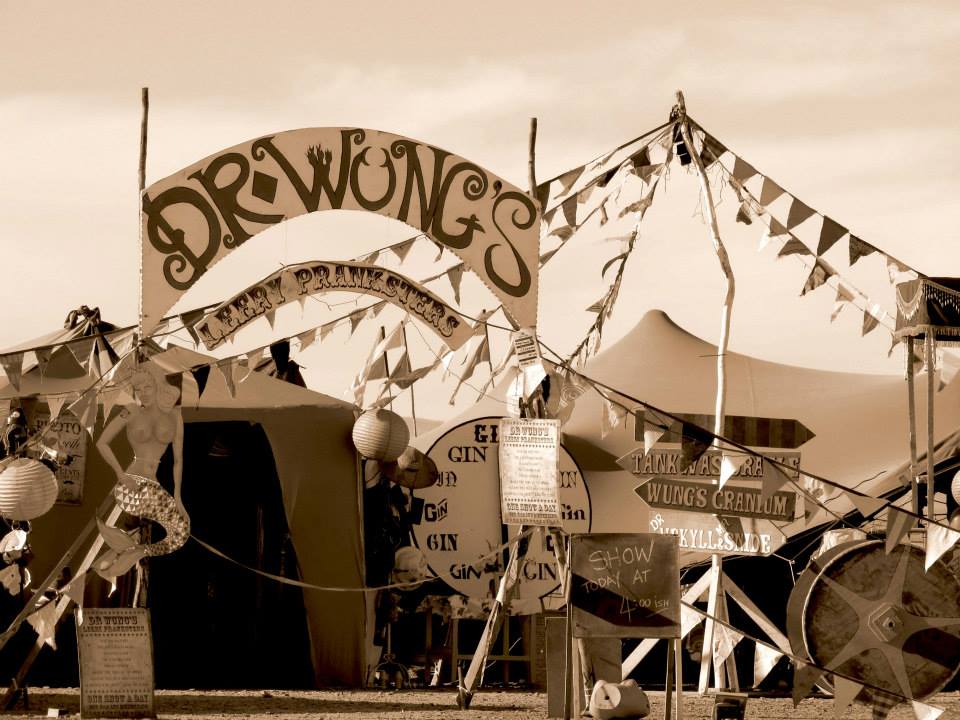 Money is worthless at Afrikaburn. Nothing is for sale apart from R20 bags of ice. Coffee, alcohol, food, water, showers, performances and various activities are all on offer, for free, every day. New artworks appear all the time – from the colossal to the miniature. You can paint your friends from head to toe if you like, or adorn yourself with hand-crafted jewelery. The only thing I still don’t quite understand is the burning of it all. I know that the whole idea is to leave without a trace but how fantastic would it be to pass by gigantic artworks placed around the Karroo desert as one drives along the 113 km stretch of dusty road? Maybe I just don’t get it yet. 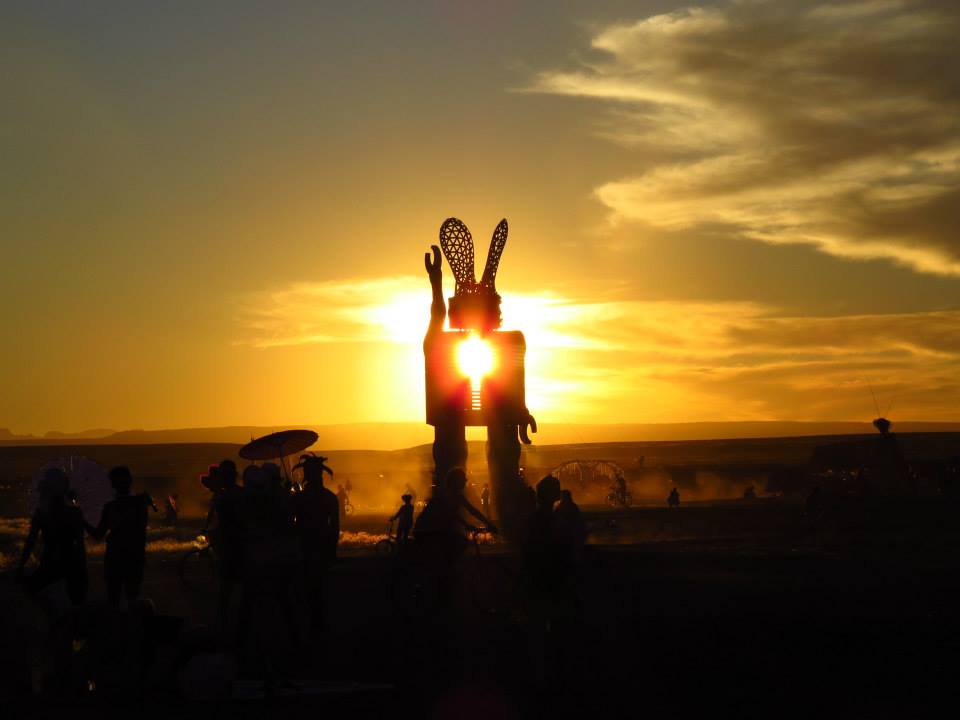 During the day it is fiercely hot, dusty and dry but with plenty to see. There are daily schedules but I honestly found it best to casually walk around and take it all in. There are various theme camps set up (some with their own head chefs) and you can catch a ride on one of the many mutant vehicles that roam around – from a giant rhinoceros to a flaming teacup. At night, the place looks like Las Vegas. Glow-sticks, LEDs, strobes and luminous outfits dominate and trance-type music pounds through the chilled air right up until sunrise. I would love to see an aerial shot of Afrikaburn at night… 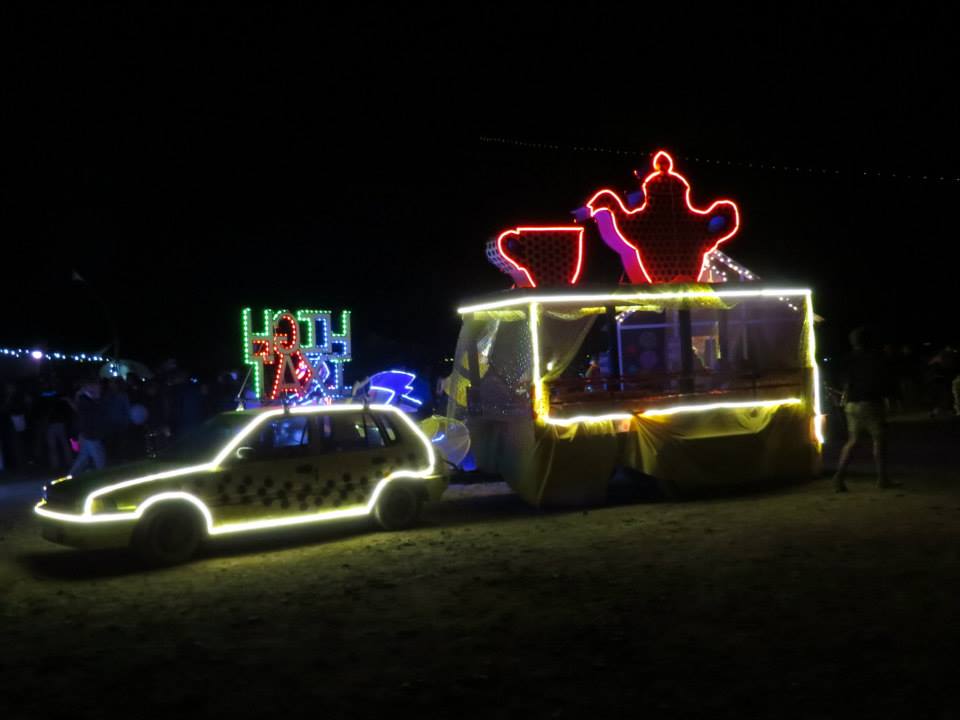 There were approximately 8500 people that attended Afrikaburn 2014 – up from about 4000 last year. It seems to be growing exponentially and has clearly caught international attention. I met people from France, Germany, Holland and the Americas – the latter who mentioned that the original Burning Man festival boasts around 65 000 people. I can’t imagine what that must be like. 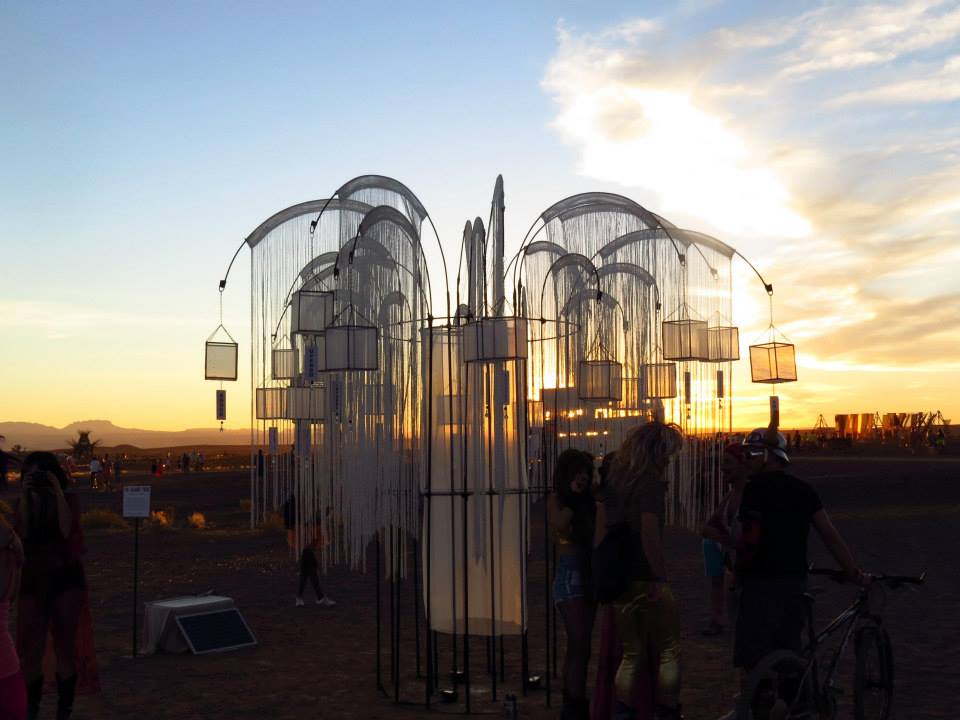 So what did I learn from my whole Afrikaburn experience? One: there are some extremely talented and creative people in this country. Two: when people are encouraged to be lekker* (which is enforced by a majority ethos), the best in them can really shine. Three: embrace your inner-hippy! Four: wet-wipes and earplugs are highly underrated inventions. Five: access to fresh water is a hugely under-appreciated privilege. Finally, Afrikaburn can help you rediscover a part of yourself that you may have forgotten or lost. It certainly inspires you to live more sustainably – ideally off the grid entirely. Perhaps the organisers put it best with every new arrival when they say: 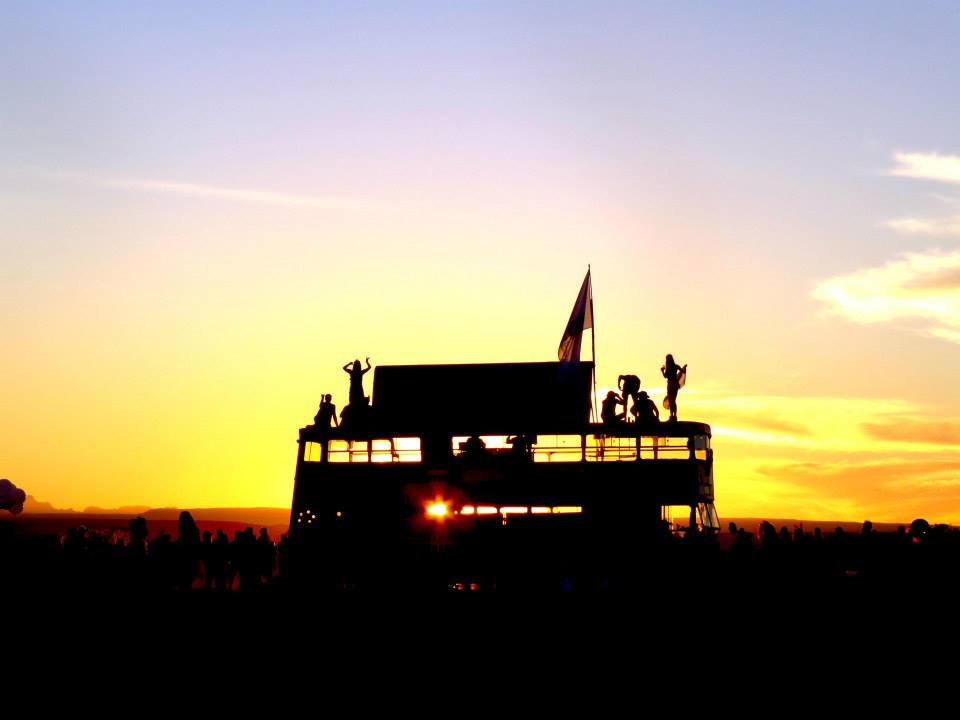