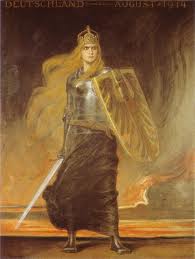 Valentines Day lore is thought to have evolved from a spring holiday celebrated in ancient Rome. The feast of Lupercalia was actually celebrated on February 15 and honoured the god Lupercus, who protected the people and their herds from wolves.

On this day, dances were held for single young men and women. A man would draw his partner’s name from a piece of papyrus placed in a bowl. The man not only danced with his partner but was also obligated to protect her throughout the New Year, which began in March.

In many cases the partners became sweethearts and were soon married. When the tradition of these dances was later revived in the Middle Ages, a man would wear his sweetheart’s name on his sleeve. Even today we refer to someone who is quick to show their feeling as “wearing his heart on his sleeve.”

Why it is called Valentines Day?

Valentines Day most likely received its name and date from Valentinus, a Roman priest who was beheaded on February 14 in the third century A.D. At that time, Emperor Claudius II banned all weddings and engagements. He believed that newly married men made poor Roman soldiers. Valentinus defied the emperor by performing secret marriages and has since been regarded as “the patron saint of lovers”.

When Valentinus was imprisoned for refusing to worship pagan gods, children made bouquets, tied on love notes, and tossed them through the prison bars. Valentine then prayed for a miracle, hoping that God would restore the sight of the jailer’s blind daughter.

The Emperor Claudius became enraged when the miracle occurred and both the jailer and his daughter converted to Christianity. Condemned to die, the priest sent the young girl a farewell message signed simply, “from your Valentine.”

Here’s a great little animated explainer video that gives a great history of Valentines Day in under 2 minutes:

Over time, love notes sent to sweethearts on February 14 became known as valentines – as did those who sent them. Paper valentines differed from those of today in that most were printed without messages. This left the 18th-century lover to pen his own sentiment. Paper valentines became popular in the 18thC.

Before commercial printers created the colorful heirlooms we now have from Victorian times, people created their own valentines from paper scraps. In the 19th-century a lady would trace the outline of her hand, then add a paper heart in the center as a symbol of her affection for the recipient. 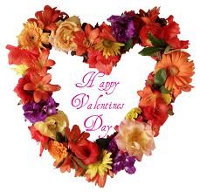 Many girls of the same period made watch papers for their sweethearts. Cut from pretty paper, silk or satin, these small circles replaced the ordinary papers that kept the dust out of pocket watches. The circles were painted or embroidered with hearts, the lovers’ initials, or a special motto, and quickly became popular Valentines Day gifts.

Through the years it has been said that a girl could dream of her future husband on St. Valentines Eve by sleeping with four bay leaves pinned to the corners of her pillow. Sleeping with any of the following under your pillow could bring dreams of one’s true love:

A woman should count the first nine stars she sees during nine consecutive nights. The first eligible man she sees the next day would supposedly become her husband – if she so desires. Legend holds that a young girl could see the face of her future husband by peering at the moon on St. Valentines Eve. For a time many believed this face was “the man in the moon.”