BODY LANGUAGE: You Say It Best When You Say Nothing At All

I stumbled across an interesting article on cracked.com called 24 Scientific Ways to Influence People Without Saying a Word. The gist of it is that there are several subtle ways of influencing people using body language, as well as cues to watch out for to tell how others are feeling towards you.

The more well-known ones are things like: being able to tell if someone is lying if they look away or try cover their faces while talking. If you’re a man, you can take it as a good sign that a woman likes you if she plays with her hair while you talk. You can also detect an insincere smile by looking closely at someone’s eyes.

Some of the more interesting ways of influencing people using body language are illustrated below and are credited to AuntieMeme from cracked.com 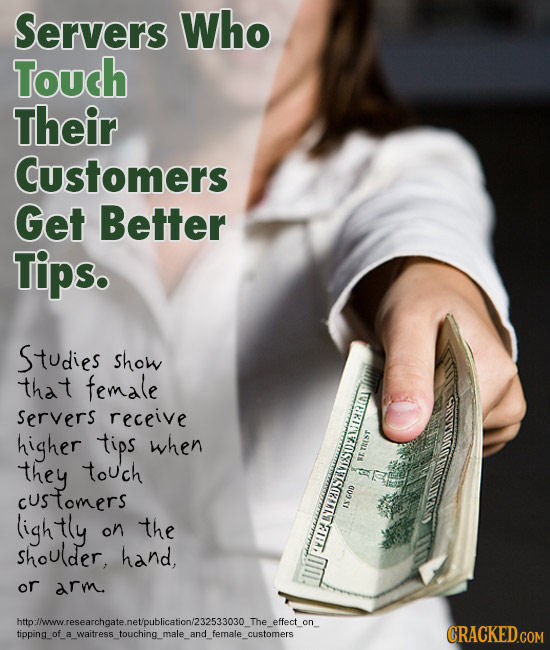 Good news if you’re a waitress! Get better tips by simply (and gently) touching your customers on the arm or shoulder. Be careful not to flirt with male customers if they are dining with girlfriends, mistresses or wives though. 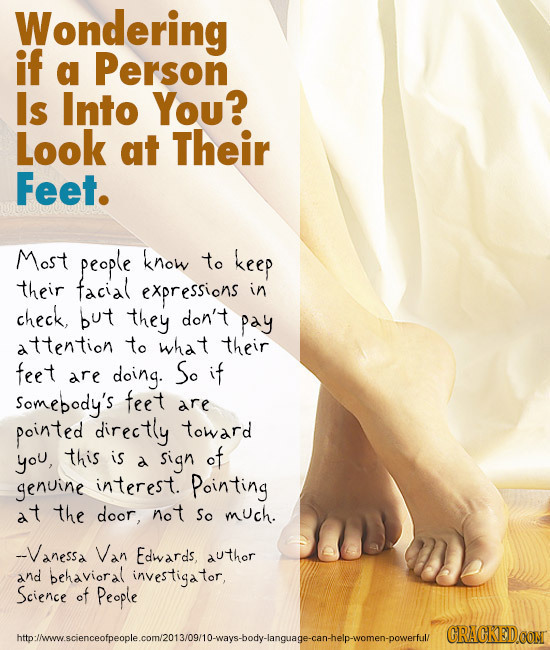 This one is a little trickier to detect and may require you to sneak a peak under the table. If the person sitting opposite you is pointing their feet to the door, it’s a good sign that they are not interested in what you’re saying. With regards to influencing people using body language of your own, direct you own feet and chest towards the person in the room whose attention you want to grab. 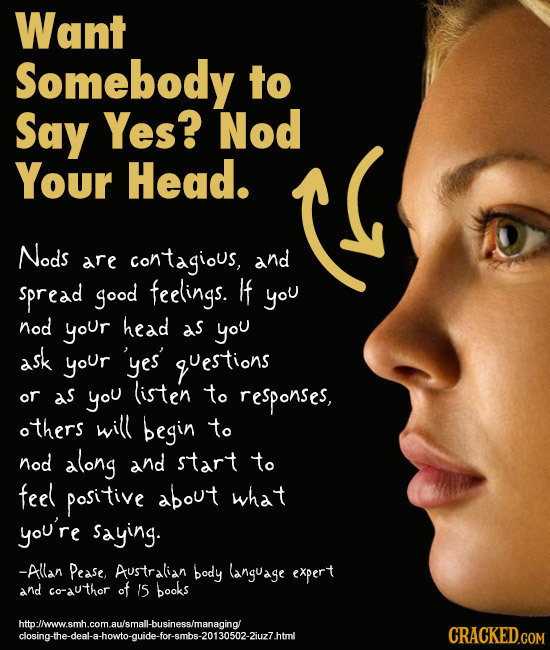 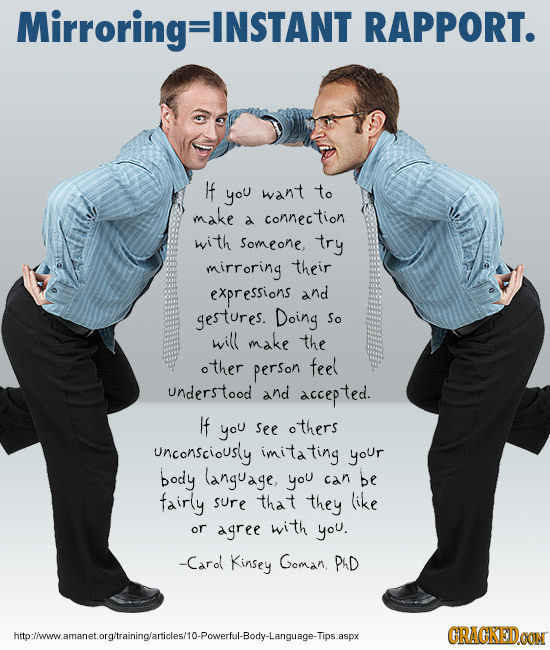 These next two are tried and tested techniques. They are widely used by anyone whose job / skills require influencing people using body language, such as my favourite human being, Derren Brown. 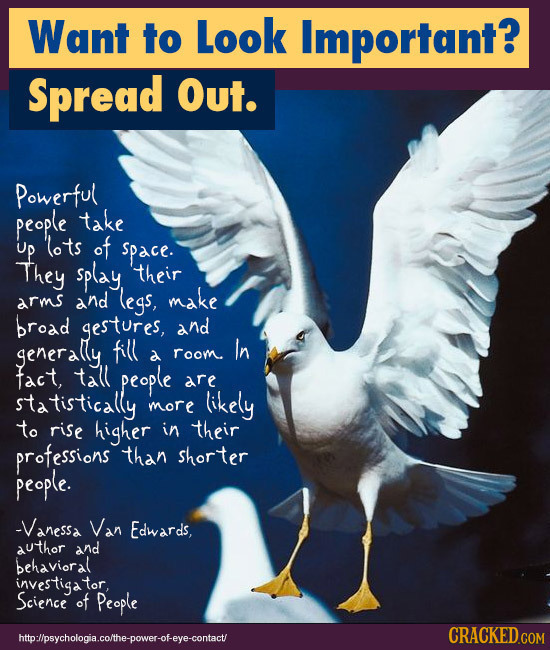 Similarly, if you want to give off an air of confidence and want people to take what you’re saying more seriously, simple stand up straight, tilt your head back and use broad gestures when talking. Tallness denotes confidence, intelligence and health, and it’s not so much what you say, but how you say it. Wearing boots or healed shoes helps. 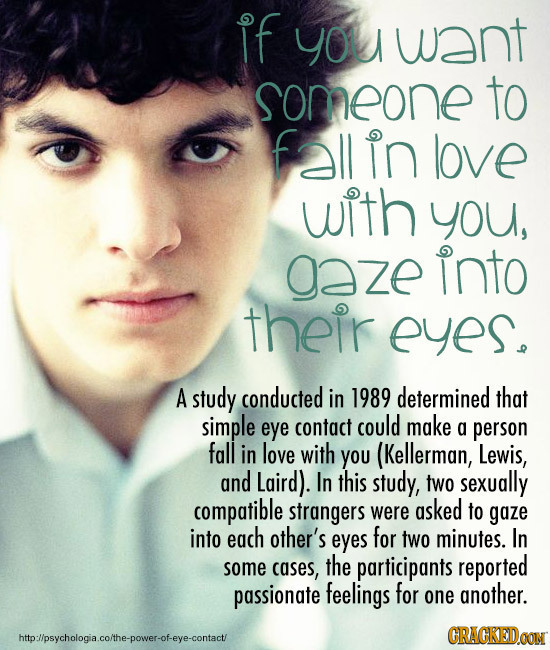 This is an interesting one. A lot gets said through the eyes. If you really want to bond with someone, a good technique is to sit opposite each other – cross-legged with knees touching. Both close your eyes and take a few deep breaths. When you’re ready, open your eyes and give you partner one good stare without speaking. See if you can go for two minutes. I’ve personally tried eye-gazing a few times and it can be really intense! Hand-holding optional. 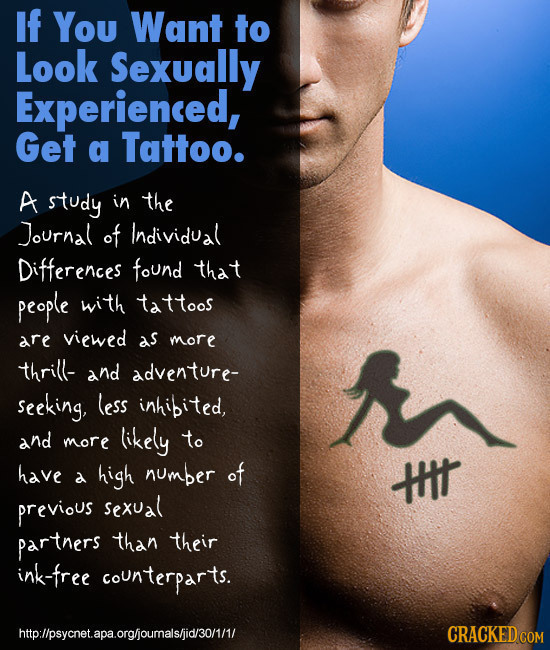 I’m not entirely convinced by this one. What do tattooed people (or those who like tattooed people) think? My guess is that it really depends on what the tattoo is of. A “I Heart Mom” tattoo must be some kind of deal-breaker… 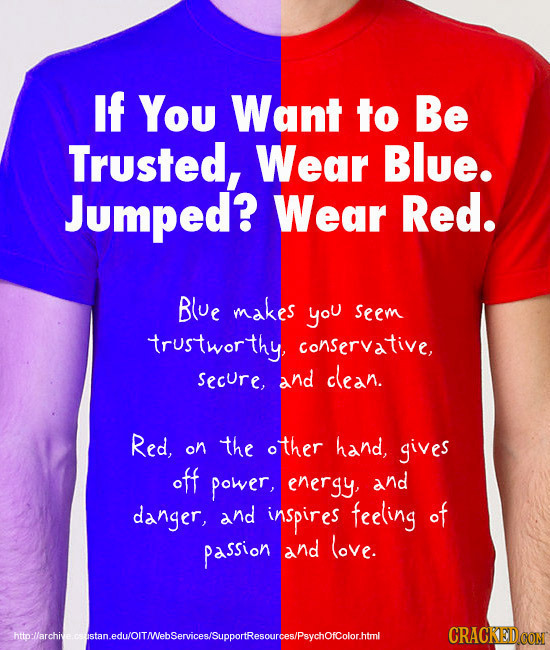 This is my personal favourite technique of influencing people using body language – or rather, body language combined with wearing certain colours. Plenty of studies of been conducted on how colour influences people, and red and blue are the most obvious of the lot. Red is known to excite people by getting their hearts pumping and increasing blood-flow. Blue is known to have the opposite effect. Useful to know when it comes to job interviews, presentations or the dating game!