This PC Building Beginners Guide aims to offer core information regarding motherboards, Intel CPUs, memory, graphics cards, power supplies and solid state drives. It will hopefully become a growing archive of everything you need to know if you are new to PC building – especially if you are looking to build your very first gaming PC!

Fast or high-end processors (or CPUs) are necessary for things like multitasking, intense image and video editing and playing certain types of games. However, for PC gaming, a Core i5 is really all you need. The alternative option is AMD CPUs. The things to consider are CPU generation, clock speed, GHz, cache and socket. 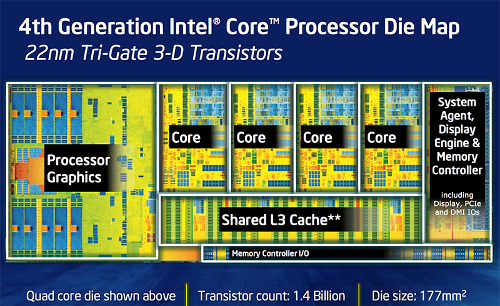 CPU Generation: The first number at the beginning of a CPU type (for example: Core i5 4670K indicates the generation of the CPU – in this case, 4th generation. A Core i5 3570 is a 3rd generation CPU and so on. CPU generations also come with codenames. For Intel CPUs, first there was Sandy Bridge, then Ivy Bridge and now Haswell – the latter referring to 4th generation Intel CPUs.

CPU Clock Speed: The next three numbers on a CPU type is the core clock speed of the CPU, for example the 770 in a Core i5 4770K. The higher this number, the faster the CPU. 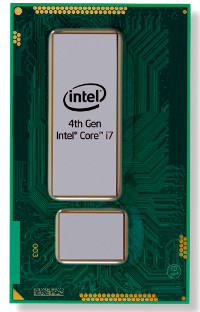 CPU Cache: Again, the higher the CPU cache, the faster it will perform. A CPU with an 8 MG cache will be faster than one with a 6 MG cache, for example.

CPU Socket: As mentioned in the PC Building Beginners Guide on motherboards, you need to ensure that your chosen CPU has the same socket (e.g. 1155, 1156, 1150, 2011) as your motherboard of choice. A lot of PC builders find it easier to choose their processor first and then find a compatible motherboard.

PC Building Beginners Guide: What is a CPU?

Other considerations when choosing a CPU are: does the CPU have built-in HD graphics? This is not necessary if you plan to use a discreet / separate graphics card. Does the CPU support your speed and type of memory? This is usually DDR3 at the moment. And, can the CPU be overclocked?

Note: Basically put, the “K” at the end of a Core i5 4770K (for example) means that the CPU is unlocked and can be overclocked. It will also specify the frequency that it can be overclocked to, for example “Clock Speed: 3.4 Ghz, Max Turbo Frequency: 3.8 GHz.

This PC Building Beginners Guide continues in 3 parts below. I hope you found this particular one useful and I welcome any questions!