DRUGS: Why our Grandparents Called Them “The Good Old Days”

Have you ever heard of the Great Binge? This was a period prior to WW I where drugs were in huge supply. Not only that, but they were completely legal. Soldiers could order a drug pack for their boys on the front, which contained heroine, cocaine, needles and just about any drug that is now considered as naughty.

Below are some genuine products that were available around the same period. Cocaine tablets, Opium for asthma and Bayer’s Heroin were all too common, which possibly explains why it was called “the good old days”. 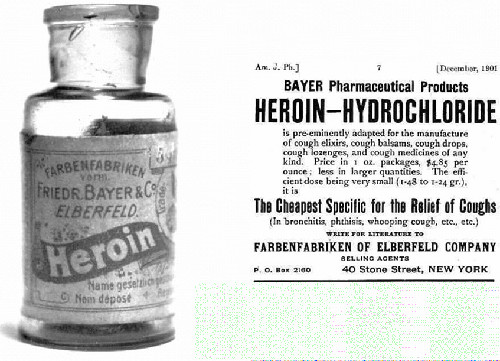 A bottle of Bayer’s heroin. Between 1890 and 1910 heroin was sold as a non-addictive substitute for morphine. It was also used to treat children with a strong cough. Back when heroin was legal, there were no addiction treatment centers that could help a heroin addict kick the habit. 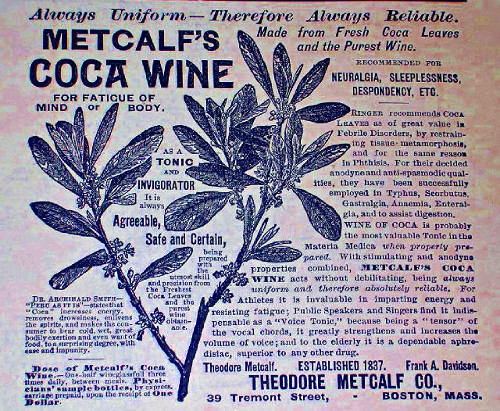 Metcalf Coca Wine was one of a huge variety of wines with cocaine on the market. Everybody used to say that it would make you happy and it would also work as a medicinal treatment. 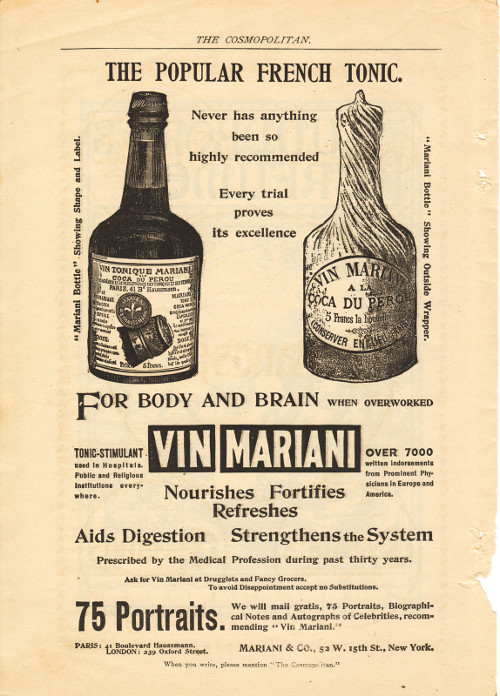 Mariani wine (1875) was the most famous Coca wine of it’s time. Pope Leo XIII used to carry one bottle with him all the time. He awarded Angelo Mariani (the producer) with a Vatican gold medal. 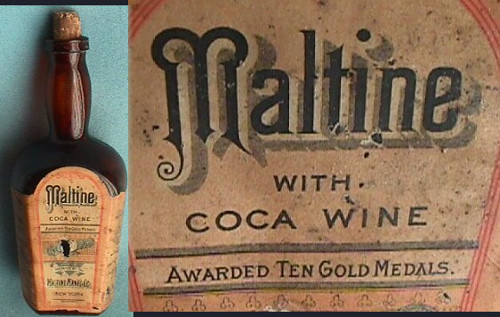 Produced by Maltine Manufacturing Company of New York. It was suggested that you should take a full glass with or after every meal… Children should take half a glass. 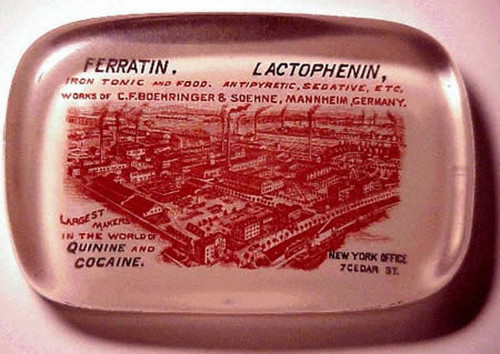 A paper weight promoting C.F. Boehringer & Soehne (Mannheim, Germany). They were proud of being the biggest producers in the world of products containing Quinine and Cocaine. 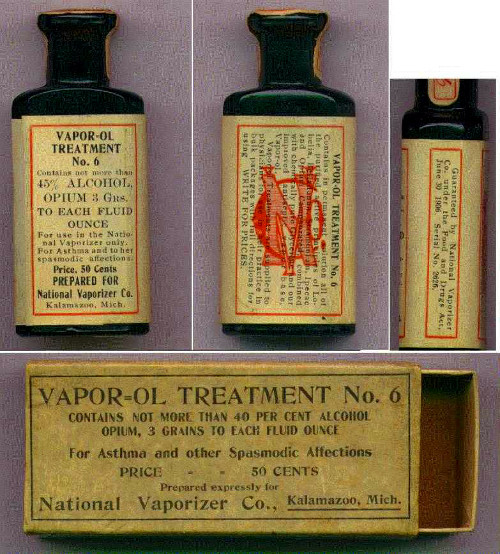 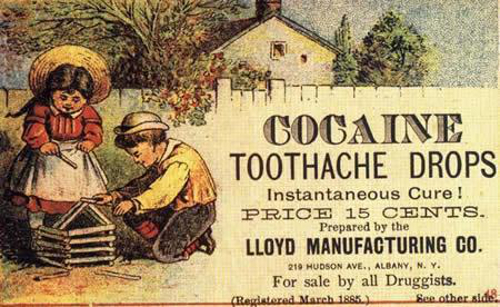 Very popular for children in 1885. Not only did they relieve the pain, they made children happy! All stage actors, singers, teachers, and preachers had to have them for a maximum performance. Great to “smooth” the voice. 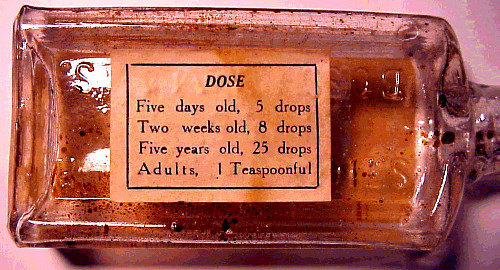 I’m sure this would make them sleep well (not only Opium, but 46% alcohol). No wonder they were called The Good Old Days!