CLOUD COMPUTING FOR DUMMIES: And how it could help fight global warming

One might think of the Internet as some intangible entity that exists somewhere in the clouds and is simply powered by the people that use it. In reality, the energy required to run the Internet and associated hardware and IT infrastructure is on par with the airline industry.

To put it simply, the Internet consists of huge data centres worldwide that host web pages and online content — some of which act as Internet service providers. The reason for the web’s extra large carbon footprint is that each data centre requires power as well as cooling systems in order to function. Furthermore, information technology is the fastest growing industry on Earth, and is becoming a real threat to sustainable development. 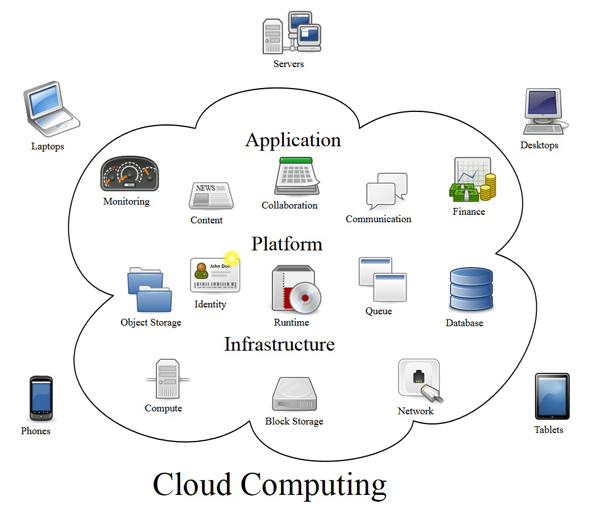 The concept of cloud computing, also known as distributed, Internet-based computing, is the idea of decentralising these data centres and sharing the available infrastructure on a global scale. The goal is to have applications and files stored on large, centralised supercomputers or networks. Rather than storing files and programmes on individual PCs, end users are able to store and access their files via the web.

According to www.howstuffworks.com, the concept is very simple: “On your desk, you would have a very low-cost computer with just a processor, a keyboard and a monitor. There would be no hard drive or CD/DVD drive. It would be hooked up to the Internet and would link to a central supercomputer, which would host all of your programs and files.”

Servicing the cloud with Google

In 2007, Google and Apple had a plan to take things forward. Apple was to develop inexpensive consumer computers that were small and portable. This was to leverage the computing power of the vast data centres Google has been building to hold the apps and the data for millions of users.

Unfortunately, development was halted due to different market demands, but Google has made progress since then with its growing library of Google apps. Apps like Google Documents, Spreadsheets and Gmail are all examples of cloud computing that people already make use of.

If we think about it, we do not use an installed programme to check our e-mail. Rather, you log into a web e-mai­l account, such as Gmail or Hotmail remotely. The software and sto­rage for your account doesn’t exist on your computer, but rather on the ser­vice’s computer cloud. We can think of the term cloud simply as a metaphor for the Internet, or a part of it.

So, we have cloud computing to thank for storing all our e-mails and spam and there is more than enough web-space to go around. Gmail accounts alone provide users with close to seven-and-a-half gigs of space. I don’t think I have ever exceeded over two percent of my e-mail quota.

Things get a little more exciting with Google Documents and Spreadsheets. Developed in part as a solution to e-mailing documents back and forth, Google Docs allows several people to edit or revise the same document in real-time. This simplifies the remote process by having a single updated document and speeds it up by having Google store the data.

There are, however, privacy implications, as any data stored by Google has the chance of being accessible to anyone on the Internet. As a small safety measure, one is able to access previous versions of a Google document and is notified when others are using it. As with everything concerning the web, one simply has to be wary when publishing anything online.

Cloud computing has huge implications for business in terms of cutting costs. Web-based companies invest millions into their IT departments — a large portion of which is spent on software licences for each computer that uses corporate software.

With cloud computing you would only have to load one application, which would allow employees to log into a web-based service, which hosts all the programs and files required. Remote machines owned by another company, such as Google, for example, would run everything from e-mail to word processing to complex data analysis programs.

“This technology allows for much more efficient computing by centralising storage, memory, processing and bandwidth. In September 2009, an Aberdeen Group study found that disciplined companies achieved on average an 18% reduction in their IT budget from cloud computing.” – www.howstuffworks.com

Of course, all these open-source applications are as good as they are by virtue of the fact that they are free; or at least still free. No doubt more complex apps would demand some sort of fee in order to be used so extensively. I don’t foresee many large web companies hosting the world’s data for nothing, and as much as it makes sense to decentralise the existing infrastructure, monopolies will emerge (or stay in power) that will profit hugely from cloud computing.

The cloud allows sharing of infrastructure and reduces the carbon footprint of IT. The prophecy speaks of creating something that is globally sustainable — providing greater capacity and higher performance at lower costs. This utopia would bring the world together by moving away from indivi­dual silos and data centres and “into the clouds”. Unfortunately, this is not nearly a reality for bandwidth-stricken countries such as South Africa, and will not be as cheap and fair as it should with the existence of Internet monopolies.