Turtle Island: What Not to do around Bali

After my very first night in Bali I was awoken early in the morning my Alit – the snorting local who fetched me from the airport. Rubbing my eyes I was presented with about six tourist brochures-worth of activities.

It was all the usual crap – skiing, para-sailing, white-water rafting, elephant rides etc. each for around $50 a pop. I mentioned that if I were to do anything, it would be snorkelling. He offered me a ‘deal’ on a glass-bottom boat ride, an hour of snorkelling and a visit to ‘Turtle Island’ all for the ‘amazing price’ of just $70. 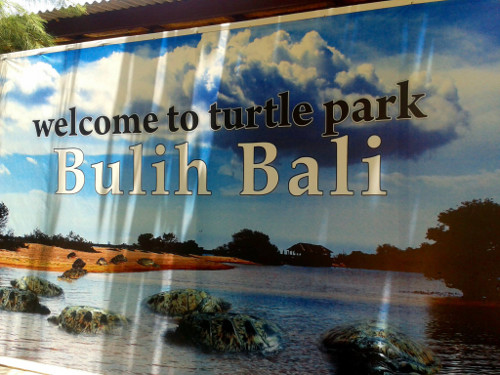 I gave in, and after post-phoning my already-paid-for excursion to Turtle Island twice due to bank card woes, I was fetched at 10am on Friday morning by a large shuttle bus. I was the only one on board.

The driver was in no mood for small talk and spent most of the 40 minute journey to Turtle Island on his cellphone. The trip included a stop at his friend’s shop so that he could run some errands. When we eventually got to Turtle Island I was instructed to select a set of snorkelling gear and jump on board a glass-bottomed boat captained by an aggressive Chinese man who spoke little English. 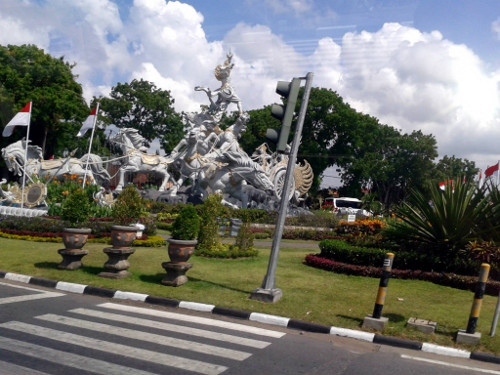 The boat sped off leaving nothing to see below except for a bubbly blur of brown water. When we stopped, the boat driver began to shout, “YOU DIVE! YOU DIVE!” and handed me a quarter bag of sliced white bread.

My hired pair of goggles immediately filled with water, but fortunately I had brought along my own pair which I quickly strapped over my face. There were boats everywhere as well as a few divers centered around a small area. I thought I would make my own underwater discoveries but was soon shouted at again and instructed to stay within a very small and confined area.

The ocean floor (about 3 meters deep) was brown and mucky. A grated off area enclosed some colourless corals and the schools of fish were all pretty much the same breed (white bread addicts no doubt). Grinding up some bread underwater did entice the fish enough to surround you, but it was no experience. I climbed back aboard the boat heavily disappointed after about 30 minutes.

We sped off again to Turtle Island. A local who fancied himself as the real Slim Shady greeted me loudly in an Australian accent. When I told him I was South African he immediately rattled off all his SA trivia, “Nelson Mandela! Bafana Bafana! Wakka Wakka!” What a douche-bag.

The Turtle Island ‘sanctuary’ housed turtles of differing ages, an eagle, a young monkey, a lizard, a few snakes and a couple of owls and bats. The turtle water was manky and foul-smelling, but what nearly brought me to tears was the treatment of the largest mamma turtle. This poor creature spends its days getting dragged out of the water by its front flippers into the baking sun every 10 minutes so that tourists can have their photo taken with it. It desperately tries to clamber back into the water with what little strength it has left. When Slim Shady asked me to smile for my photo I wanted to spit in his face. 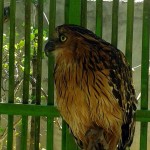 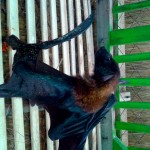 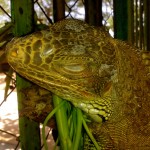 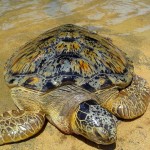 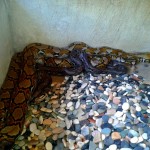 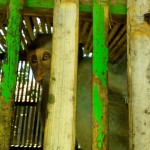 I did eventually tell him to go away (politely) so that I could get closer to the animals myself. The adolescent monkey (in a cage on its lonesome) frantically jumps around its little prison and was clearly stressed out. It jumped in front of me with wide eyes and clasped its little toes around my finger. I was holding back tears.

The owls and bats stare at you motionless with wide eyes, the snakes huddle together in the little bit of shade provided, the bats hang and seemed to constantly shudder and the lizard… (well it’s hard to know what lizards are thinking most of the time).

Afterwards I was instructed to ‘relax’ and have a beer on Turtle Island, but there was no chance I was spending another cent there! They eventually got a pissed off that I wasn’t buying anything, so I ordered a bottle of water for R15. On the boat-ride back I photographed a few fat Australians flying through the air and asked to be taken home. 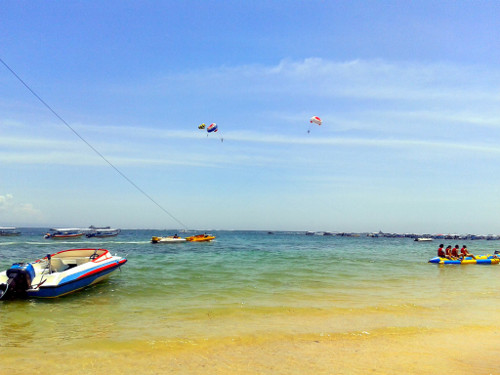 There’s not much else to be said about that experience except this: if you have ANY love for animals, don’t EVER visit Turtle Island! And please advise anyone you know who plans to visit Bali to avoid it and keep a wide berth. It is sad and shocking to say the least and the staff clearly don’t give a shit about the animals. Turtle Island is a tourist trap. The company involved is called Tour East and they should really be brought to justice.

Still no news about the bank card. More cheerful writing to follow soon.

This is the third of 10 chapters of my travel Indonesia blog. More to follow soon!