It’s hard for a South African to accept that places exist which are virtually crime-free. Bali shops are often left unattended, or the owners have decided to have an afternoon nap and are fast asleep! Shoes and belongings are left all over and remain untouched. It would be dead-easy to nick whatever caught my fancy if it weren’t for my virtuous upbringing. Perhaps it’s a Hindu thing … and if the gods catch you stealing in this life you come back as a naked mole rat in the next. 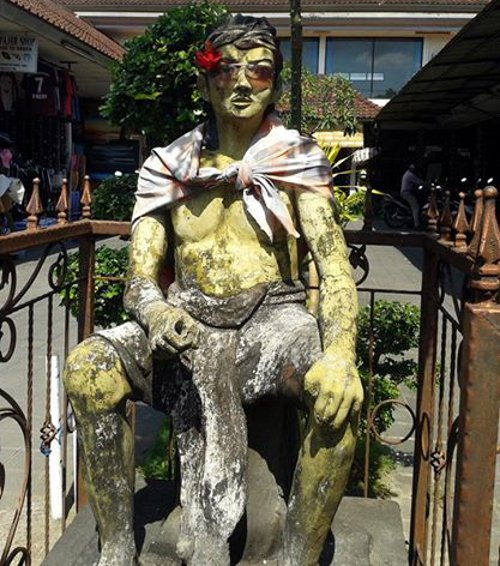 My local friend Andre assures me that lack of crime is the case, with the only real theft occurring at bars and nightclubs under the influence of alcohol. He mentioned that he has even slept on the beach a few times when feeling too boozed to motorcycle home.

So Indonesia – the land of 1000 cultures and 1000 different languages (roughly-speaking). Andre says that a different language is spoken on every major island, but that Indonesian is the common tongue. He has also been teaching me the basics. I met an elderly German on the beach the day before who has been coming to Indo since 1976 and is fluent in the language. He reckons it’s one of the easiest languages to learn and gave me a quick lesson. 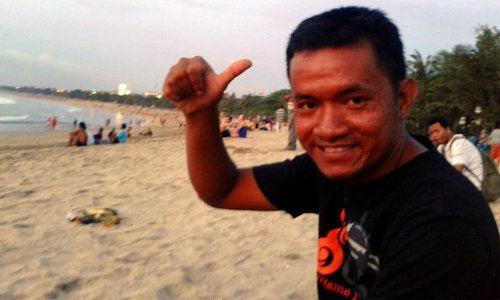 The cheerful German also mentioned that English is hardly spoken on the other islands, and the reason why it is taught (or rather learnt) in Bali is to be able to barter with tourists. He spoke about his journeys to the other islands (which involves hoping on and off different ferries) and that he has been stranded twice en route and had to wait 3 weeks on both occasions until the next boat arrived! He laughed uncontrollably at the recollection, but his stories have given me second thoughts about visiting the other isles on this trip travelling Indonesia. 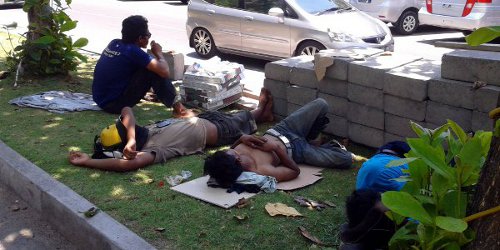 I’m starting to learn my way around Kuta better now too. I walk with greater confidence, feel more settled and seem to be getting haggled less. I’m not sure if it’s my scary Mauritian shirt (which I’m wearing often) or my Bill Bryson books; or perhaps they can smell a lack of money on me. Whatever the reason, I’m enjoying myself a lot more now. One chap asked if I was from Hawaii and snapped a photo. The locals also thank you whenever you photograph them – something I find interesting.

Another thing that impresses me much about the locals is their extraordinary memory for names! They often introduce themselves when you visit their shops with Western names such as Judy, Christine or Bridget. But it has been over a week since being back in Kuta and several of them call out to me in passing!

So I’m back in Kuta for a few days awaiting the arrival of my new bank card. I am happily reunited with my Balinese friend who has found me cheap accommodation. We plan to go release some baby turtles a little later today. He also introduced me to his local surfer friend who has offered to give me a two hour surfing lesson tomorrow morning with a money-back guarantee if I don’t learn how to stand after the two hours! So we have spent the day motoring around on his scooter (he even let me drive a bit) and drinking beer on the beach. I think I might get an early night. Big day tomorrow! 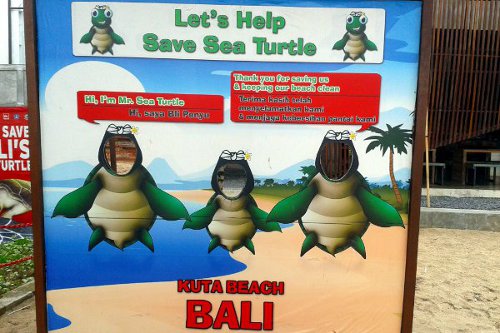 This is the fourth of 10 chapters of my travelling Indonesia blog. More to follow soon!