Kuta is the party capital of Bali. It’s where Australians flock in huge, friendly hoards. In fact, beautiful youth from all corners of the globe can be found here. It is also rife with drugs, prostitution (legal, apparently) and party animals. During the day you can’t walk 10 paces without being offered a massage, taxi ride or a tour of someone’s shop. At night offers change to magic mushrooms, taxi rides and hookers – the latter pitched with some enthusiastic selling point such as, “Girl! Girl! She bend for you!” No thank you. I suppose this is the price for being pale. 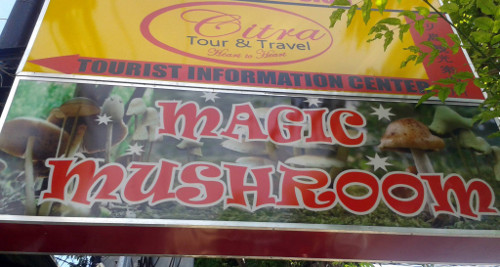 Magic Mushrooms grow in abundance on the island of Bali and are 100% legal.

The equatorial ocean air seems to disguise the petrol fumes emitted from hoards of scooters. Instead you are left with the smells of clove cigarettes, brewing coffee, incense, fried food and Australians. I love the aromas and think I’m developing a mild addiction to Bali coffee… 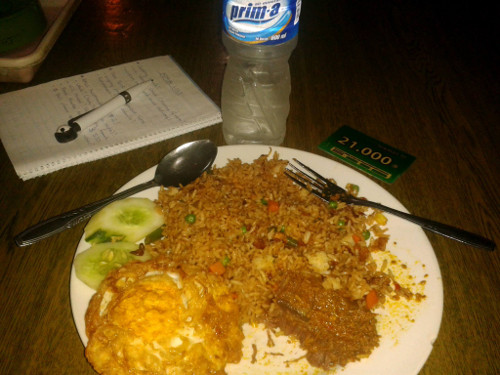 I must admit that I haven’t quite settled in yet. Getting to Bali was hugely stressful for me, which I think has a lot to do with traveling alone somewhere alien. But to top things off I lost my bank card on the second day! I had decided to make sure that my card would work in the local ATMs, so after a full day of walking around, feeling overwhelmed, dehydrated and close to getting sun-stroke, I withdrew a little cash.

The ATMs in South Africa either give you your card back first and then the cash or they beep violently until you take it. Indonesian ATMs do neither and instead display another screen asking if you would like to perform another transaction. So after carefully counting my money and sub-consciously assuming that I must already have taken my card, I simply walked away! I take full blame and feel like a tool. 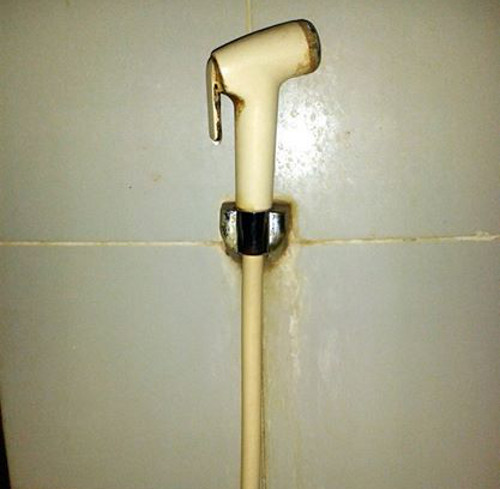 As a result I have had “traveler’s diarrhea” for nearly a week now and have quickly become a fan of the bum-hose. Too scared to spend any of my cash, I survived my first few days off complimentary hotel breakfasts and some smuggled in biltong. Before losing my bank card I had been walking around in mid-day heat for hours and was feeling quite ill and delirious. I had also been struggling to sleep and was having anxiety dreams. 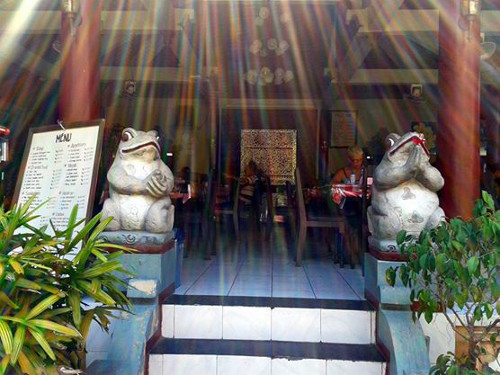 But what must be said is thank Krishna for the Internet! I shudder to imagine what this experience would have been like without the support of Facebook friends and being able to deal with admin via email. Or even cellphones! Thank Ganesh that there is also free WiFi available all over the island. I can only imagine how frightening it must be to feel totally cut off from home.

In trying to get my bloody bank card sorted out, my bank insisted that they speak to me telephonically. So after being put on hold for several minutes and running out of airtime, I eventually got offered a free VOIP line to call. I haunched behind the reception desk of my hotel (my short charger cable needed to be permanently plugged in) and spoke to one person after the next in scratchy tones – all the while getting my hot ear shocked shitless for some reason. What a nightmare. 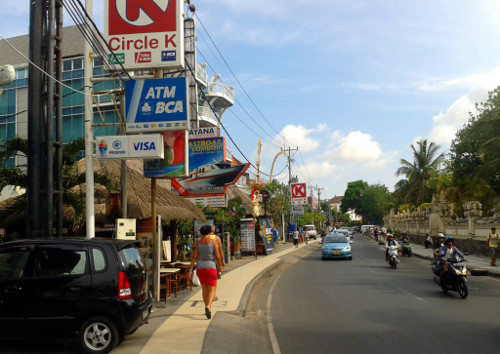 The second crisis was not being able to charge my laptop due to my fat, European plug not fitting into the wall or any Asian adapters. I greatly feared losing contact with the outside world and spent a lot of time in a humid Internet café run by a 13 year old boy. Fortunately it was just 4 ZAR per hour.

Travelers Tip: make sure you have the right adapters and chargers for your electrical devices. A bit of Skype credit doesn’t hurt either. 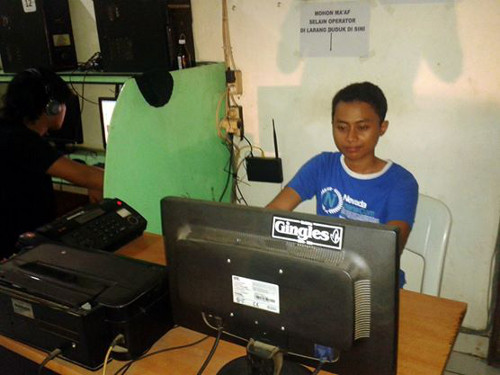 I had met a local called “Harris” – known as “Bob Marley” to his friends for obvious reasons, who offered to take me to all the electrical shops in the area in an attempt to find a European-to-Asian adapter. So wearing a piss-pot Nazi helmet and not knowing whether Bob was blazed or not, we sped around on his motorbike – me with elbows firmly tucked in. We were out of luck, but I eventually found a security guard in a back-alley who severed off my old plug and fashioned me a new one within minutes and for cheap. It works like a charm.

Kuta scooter culture deserves a mention. They are everywhere and driven by everyone – school children, the elderly, tourists, female Muslims – everyone. Every motorist also seems to operate as a taxi. It still amazes me that I have not yet seen (or even heard of) a single accident taking place. You cut down narrow side streets, weave between cars, get hooted at from all directions and try your very best not to freak out. Helmets and licenses seem to optional, and locals often carry heavy loads, topless, with a clove cigarette dangling from their mouths. There are often babies on board and it is quite common to see a mother taking her kids to school – up to four people on one bike – helmetless. It’s quite something. 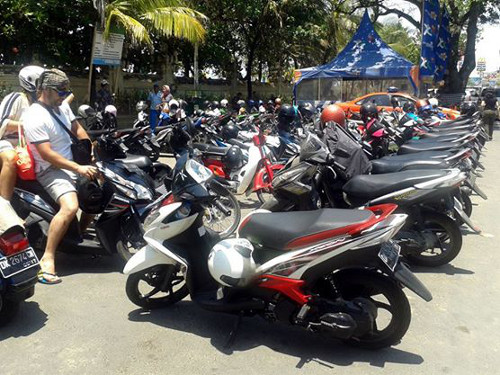 I made a few compulsive purchases during my first day in Kuta (before losing my damn bank card). I equipped myself with a sarong, straw hat, coffee (and other pleasant smelling things) and have since realised that I have overpaid for nearly everything. And I thought I was a good negotiator! Starting prices are often three times what items are worth; but now I know. I am just so grateful that the mathematics of currency conversion is currently so simple: 1 $US = 10 ZAR = 10 000 IDR (roughly).

I’ve mentioned how many people have decided to emigrate here but also think that a number of people come to escape their lives back home. It is common to see grey-haired men walking hand-in-hand with young local girls, and tourists are treated like kings (apart from the incessant haggling). I can see now how the lifestyle appeals to people. It is a life free of care and worry. It has taken me a while to feel less like a tourist and more like a traveler.

This is the second of 10 chapters of my travel Indonesia blog. More to follow soon!