I was so over-eager to get on the plane that I was first in line. But after getting the silent treatment shortly after ticket inspection (and looking back to notice that I was the only one queuing up) I soon realised that I was attempting to board with Business Class. Hashtag #Awkward! Guess I was out of line :P

First flight was from Cape Town to Singapore via Johannesburg. Sexy Singaporian air hostesses in beautifully patterned dresses provided seemingly endless service. Myself and the grumpy Russian couple next to me enjoyed three great meals – with snacks, coffee and hot towels inbetween. At least I enjoyed them. I was quite stoked to have a window seat and kept pressing my face right up against the glass in the hopes of seeing a steaming volcano. No such luck. 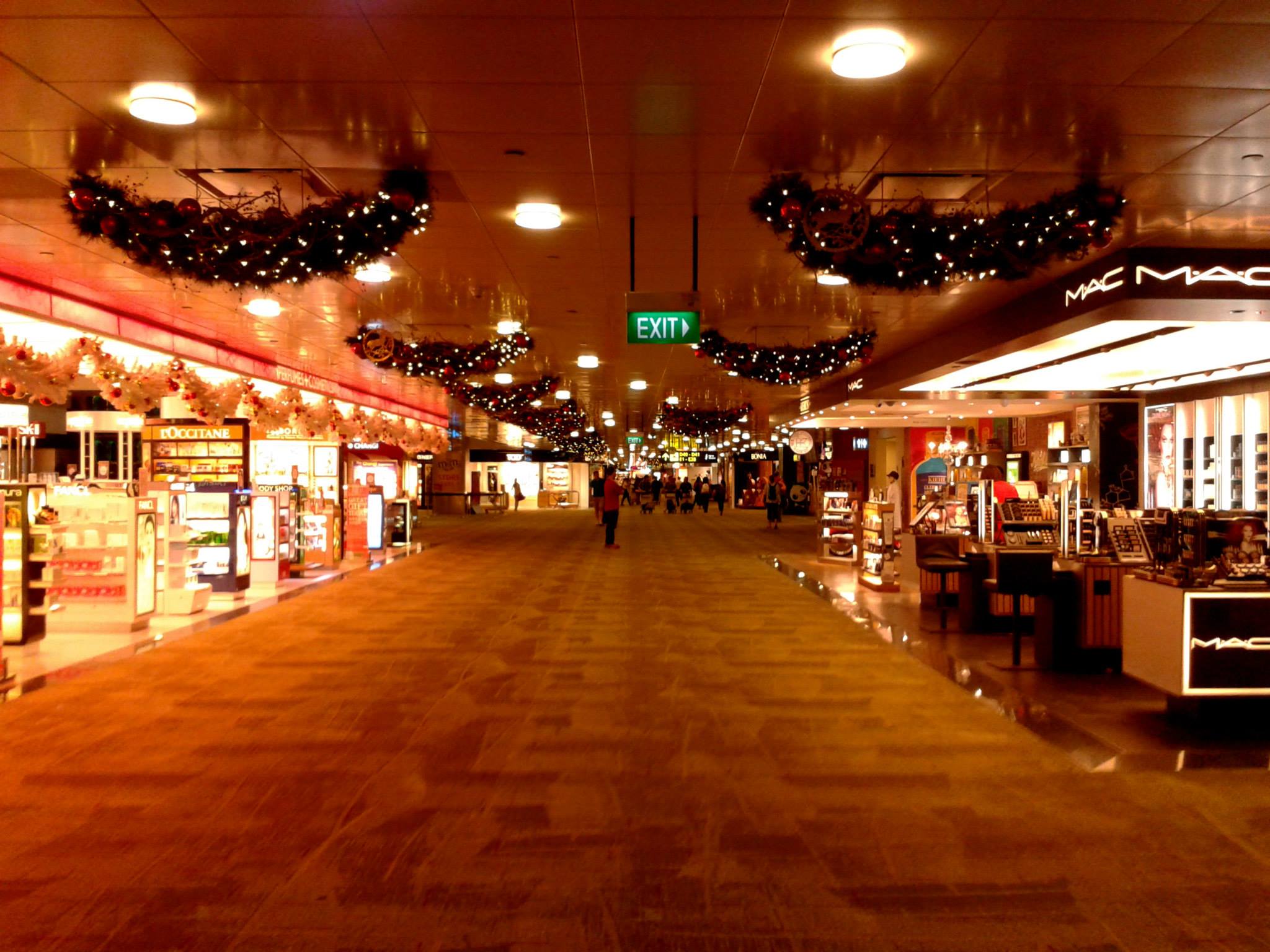 Singapore airport was a little scary. Exhaustion led me to signing up for immigration by mistake and entering the wrong gate. Luckily the stern security man caught my bluff. I was also under the impression that I would need to pick up my backpack and check it in to the new flight and stressed out a bit when it never showed up. One of the sweet air hostesses explained the situation to me and calmed my nerves. 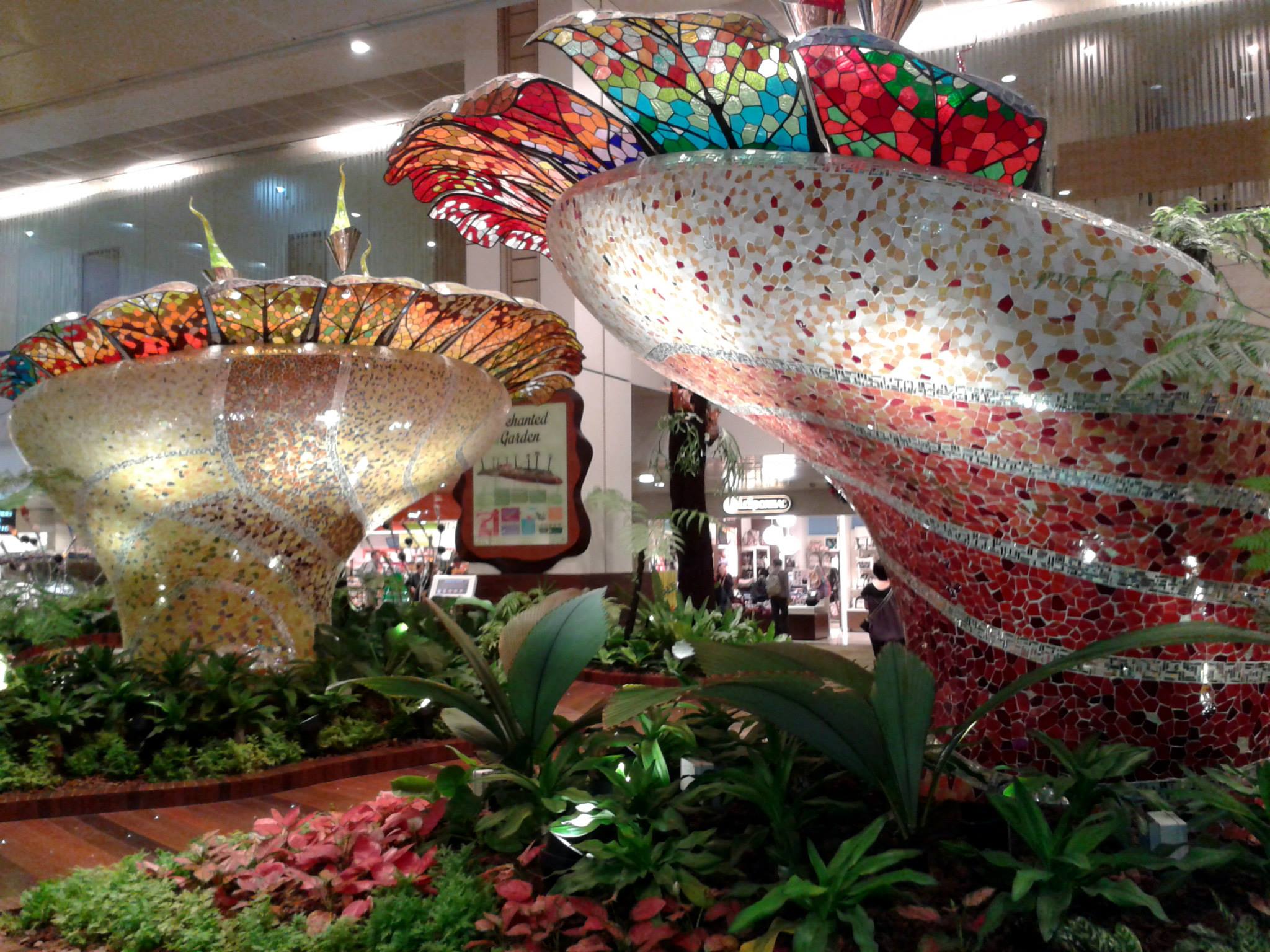 I had 3 hours to kill in the airport so relieved some stress by chilling in the airport gardens and playing with the koi fish. I noticed some pale folk snoozing on the floor and was hugely tempted to join them, but felt too paranoid about missing my next flight, so moved on. My ticket also had no gate number on it! I asked for one at Information which ended up changing, so I was frantically charging up and down Terminal 2 until I found it. The flat escalator / conveyor belt thingy really makes you fly through the airport! More forms to fill in and a good frisking by security. Note to future self: memorise flight and passport numbers. I was greeted in Denpasar airport by Alit wearing a colourful sarong. I felt really grateful to have a companion in that moment. We took a 20 minute shuttle to the Bakung Sari Hotel while being swarmed by scooters. My first accommodation is nothing like the superior hotel room I had in Mauritius (which I half expected it to be). It is very basic with wonky lights, but has air-conditioning and a Western toilet with an optional bum-hose. This is my ‘splurg’ accommodation and is where I’ll be for 5 nights. I went straight to sleep as my head hit the pillow at around 2pm (Indo time).

Alit – the snorting member of Tour East who fetched me from the airport.

I’m wide awake now and finally starting to make some more concrete plans. It’s a balmy evening and the mosquitoes are on the prowl. I’m meeting Alit at 9am after my first breakfast (included). I’m sure he will try and sign me up for all sorts of touristy things, but I plan to spend my first actual day getting a full-body massage, snorkelling and lazing around on the beach…

This is the first of 10 chapters of my travel Indonesia blog. More to follow soon!