I was a young, liberal teacher at a local Cape Town high school. When the children saw I was 22, new and a little naïve, they took it upon themselves to get my attention. The result: 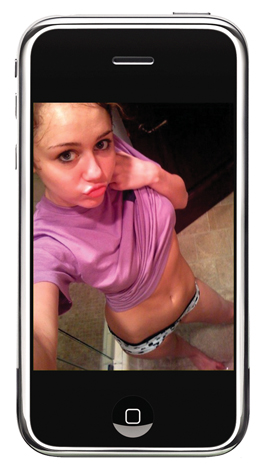 I was soon given access to one favourite Grade 10’s world of secrets, which left me one day staring at a pornographic image on his cellphone.

“They call me the sexpert because I know a lot about sex and stuff, I always found it interesting,” he says.

“You can get it anywhere, and it’s free.” He names a website. “You can download scenes or the whole movie.”

“Nope, most of this is in fact simply home-made. Like with the Grade 8s and 9s, there are children making their own videos and showing them around,” says Ian.

“I dunno, it’s a status thing. It’s the same with your virginity, and if you haven’t lost it by Grade 10, there’s something wrong with you,” says Ian.

I shouldn’t be surprised, yet sadly I am…

Sharon Paulus, a social worker at the Parent Centre in Cape Town, confirms this:

So there’s clearly a problem. What to do? According to Paulus, “Parents need to listen, to acknowledge their teen’s feelings without blaming or shaming them.”

On a very practical level: “Parents should have rules guiding the use of cellphones and the consequences if these are broken,” she says.

Paulus says that parents need to consider why their child needs a cellphone in the first place; and, if they do, does it need to have a camera, Bluetooth and Internet access?

“Adolescents who are engaging in this kind of activity are really crying out for help,” says Paulus. “They are letting people know through their behaviour that they lack something in their lives. Love and a sense of belonging are very important for children and are two of their basic human needs. If these are not met in the family the child will go looking for it elsewhere, such as in gangs, cults, substance abuse, sex or relationships.”