A Frenchman, a South African & a Balinese Sat on the Beach

We arranged to meet Andri later on the beach after showers and supper. With my new french companion I finally found the confidence to have my first taste of Bali night life. The streets were full of grogged up tourists and live music was in the air. Happy Hours are on offer at nearly every warung (small restaurant) so Stephane and I enjoyed a light meal with half-priced beers. We were meeting Andri later. 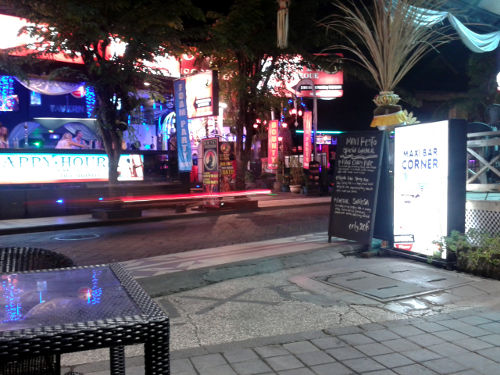 I don’t think I’ve mentioned how I met Andri. It was on the eve of witnessing my first Indonesian sunset. I was sitting alone on the beach and noticed a young, Asian couple who were trying to balance a camera on a bag in order the capture the two of them in the moment. They were struggling to get the balance right, so I offered to take the photo. Andri had been standing alone nearby smoking a clove cigarette waiting for the sun to set. After seeing me photograph the young couple, he came over and said that that was a nice thing I did. “You a good guy”, he said, with a smile and a thumbs up. 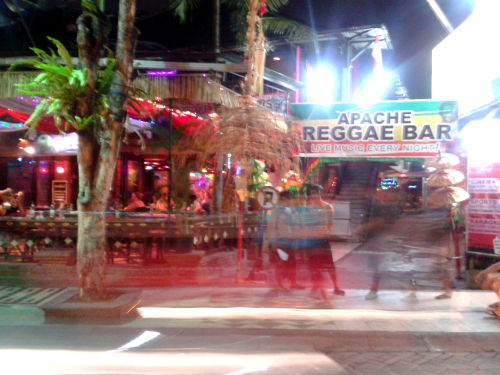 The trippy blurry-ness of these photos is quite appropriate considering the night we had!

The first night spent on the beach with Andri and Stephane happened the following day. Andri had brought his guitar and proposed that we have the magic mushrooms in Bali experience (at just R50 a pop). I have a fascination with psychedelic drugs and believe that there is a time and a place for them. This seemed like the perfect time and perfect place, so I was in. I have tried magic mushrooms once before, which was a fantastic experience, so I knew that I would not lose control and felt that I was in good hands. 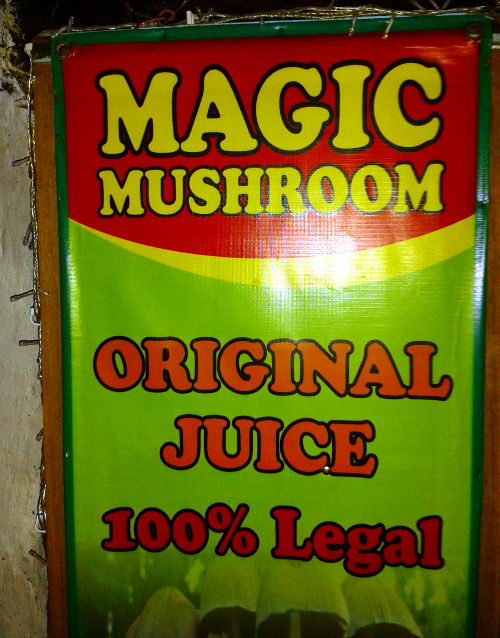 I just want to state for the record that, at the time of writing, magic mushrooms in Bali were 100% legal. They are advertised all over and are very easy to come by.

The experience was thrilling! We played guitar on the beach for about an hour as the effects slowly kicked in. My favourite moment was lying on my back in a meditative state feeling totally relaxed and at peace with the world. Eyes closed, I listened to the sounds of the ocean, Andri playing and singing a Balinese song, and groups of foreigners laughing together and chit chatting in different languages. It was pure bliss. 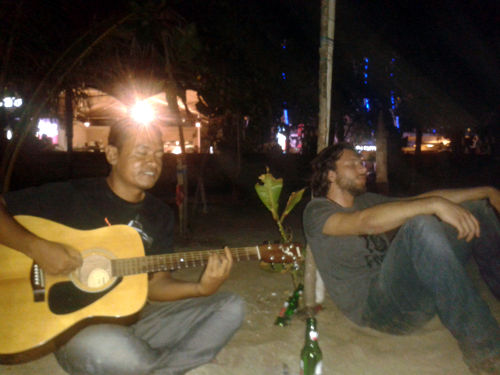 Stephane did not partake on the shroom experience but simply enjoyed the vibe.

A little later we began toying with the idea of going to a midnight beach party happening a few kilometres down the sand. It was Stephane’s last night and he was keen for a bit of a jol. I insisted that the two of them leave me on the beach while they went to go drop off Andri’s guitar and for Stephane to exchange some dollars. This was my golden opportunity for some serious reflection… 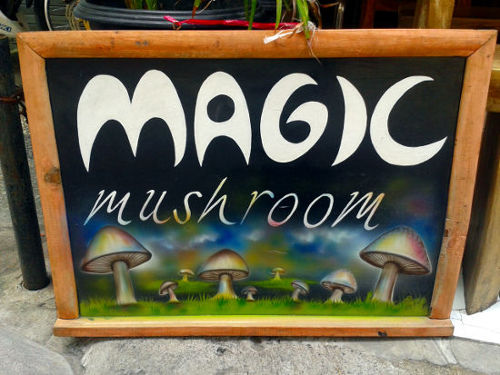 Leaning comfortably against a palm tree, staring at the ocean and feeling supremely relaxed, I took a moment to reflect. The realisation that I was halfway around the world, travelling alone, and not knowing what the future held, filled me with enormous excitement. I felt fantastically alive! The ocean had never seemed so vast and I thought about how much more there is to see and do in this big, beautiful world during this short life. I also thought about the typhoon occurring just next door on the map (in the Philippines) and how lucky I was to be alive. Psychedelics really offer you great perspective. 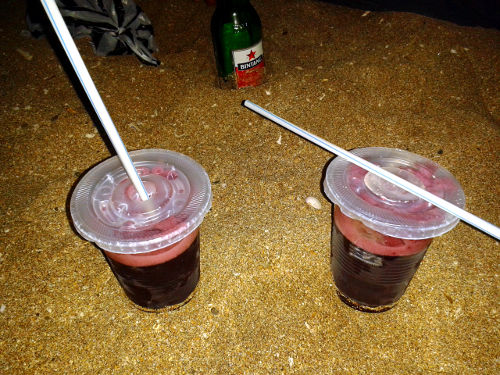 The magic mushrooms came mixed with berry soda and went down a real treat!

I reflected deeply on how I believed that coming here by throwing myself right into the deep-end would somehow force me to become more self-confident. I concluded that it can (and hopefully will) if you simply let it. Travel has the amazing effect of changing one’s perspective on life and can help you grow in such positive ways. But as with everything, it is how you choose to let it affect you. For some inspiration on that, check out 6 Lessons Travel Teaches You That College Never Will. 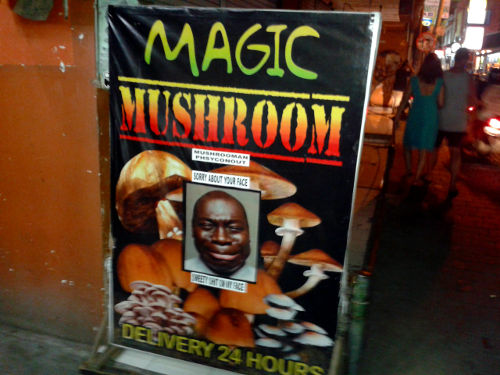 I have been reading some great philosophies in a book I bought just before coming to Indonesia called “The Philosophy Book”, and the one quote that keeps coming to mind is the following: “He has the most who is most content with the least” – Diogenes of Sinope.

I decided not to join my friends for the beach party in the end, and instead trundled home and slept so peacefully that night in a warm, comfortable bed with a fixed smile on my face.

I hope you are all well and eternally grateful for what you have.

This is the fifth of 10 chapters of my travel Indonesia blog. More to follow soon!